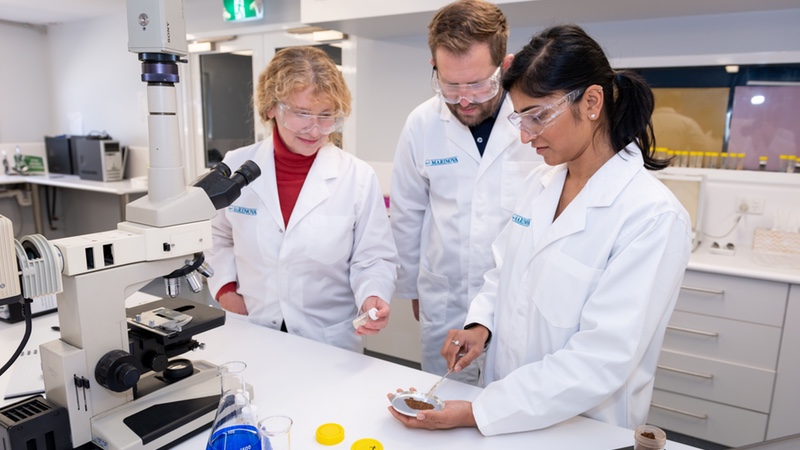 An Australian clinical study has revealed that an extract from the seaweed Undaria pinnatifida influences over 30 different biological pathways and processes.

In a world first, the placebo-controlled, double-blind pilot study demonstrated that the unique polysaccharide fucoidan, derived from brown macroalgae, affects microRNA composition in the plasma of healthy individuals.

The results support the known inhibitory effects of fucoidan in inflammation, cancer and neurological disorders.

MicroRNAs are widely studied as biomarkers over a wide range of health indications including cancer, cardiovascular disease, obesity and inflammation. They are small RNA molecules known to regulate gene expression. In some cases, a direct pathological function has been established providing the opportunity to utilise them as therapeutic targets.

Results of the study demonstrated that fucoidan can alter regulatory microRNA in healthy individuals. Furthermore, they showed that even a single dose of fucoidan has the potential to affect the expression of genes related to fundamental cellular processes.

Nine additional pathways and processes were identified that have not previously been associated with fucoidan. These include renal cancer and circadian rhythm.

Speaking about the results, co-author of the paper and Chief Scientist at Marinova, Dr Helen Fitton, said: “This new clinical research not only confirms previous data demonstrating that fucoidan has beneficial effects on immunity, cancer cells, inflammation and neurological function, but provides insight into new pathways not formerly associated with fucoidan. These are exciting results that further increase the potential for fucoidan to be utilised in a wider range of therapeutic treatments.”

The fucoidan utilised in the study was Maritech fucoidan, manufactured by Australian biotechnology company Marinova.

The full paper is called “MicroRNA Expression after Ingestion of Fucoidan; A Clinical Study”, and has been published in Marine Drugs.