FDA is counting the pennies

Following the US government shutdown, the Food and Drug Administration struggles to keep up with work with rapidly depleting funds 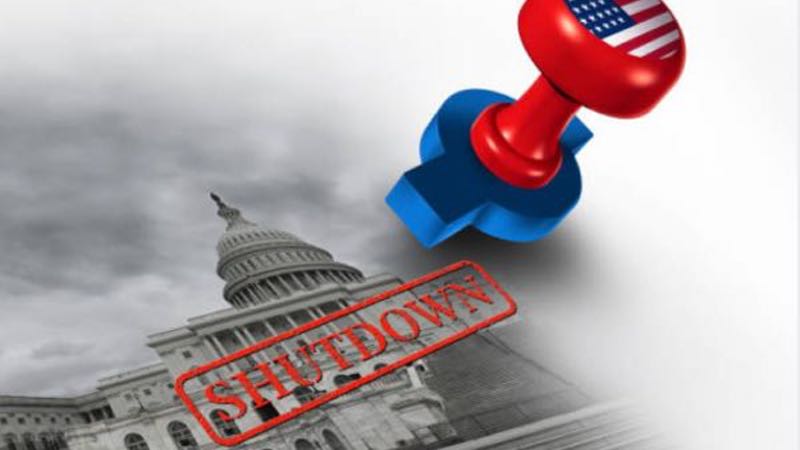 The US Food and Drug Administration (FDA) is running largely reduced services as the US government shutdown enters its fourth week. The longest shutdown in US history means the FDA is having to stretch its limited funds further and further.

The FDA covers food and drug regulation. Food inspections worries have been widely covered in the media as many food inspections were halted. The effects on the pharmaceutical industry are complex and the FDA are now making long-term contingency plans.

During the shutdown, the drug regulatory focus is on keeping core functions to address emergencies and “mission critical” issues involving threats to the safety of human life. But figuring out what to prioritise with limited capacity is a challenge.

The money as it stands

During government shutdown the FDA’s only source of income is industry user fees. These user fees come from companies in industry submitting individual products for US distribution approval. Compounding the problem is that once the shutdown is in effect no fiscal year (FY) 2019 user fees can be accepted or used and the organisation must rely upon any unused balance of these user fees carried over from FY 2018.

According to the agency’s website, approximately 55% of its US$5.4 billion budget comes from federal funding, the rest from industry user fees. The shutdown means none of the federal funding is there. This means that during government shutdown the agency is operating on less than half capacity. With the percentage of staff that remain employed currently at around 60%, though many are working without pay.

The FDA Commissioner, Scott Gottlieb predicted the funds would run out by mid-February. This is even taking into account the reduced burn rate. Should the shutdown end, however, significant damage has already been done.

What has been affected?

The FDA is continuing to carry out reviews and approval of new drugs covered by legal FY 2018 carryover funding. However, the agency has suspended reviews of applications using existing FY 2019 user fees. Including FY 2019 Investigational New Drug (IND) and Biologics License Application (BLA)

The agency is also not reviewing any new applications submitted during the shutdown period, except for emergency INDs and BLAs. In addition, regulatory guidance documents pertaining to medical devices, drugs, and biologics have been put on hold.

The user fees keeping the department afloat are split into many designations including; prescription drugs, medical devices and biosimilars.

The first to run out is predicted to be the Prescription Drug User Fee Act (UFA) programme in less than a months’ time. Whereas the Medical Devices UFA has a further reach, with about two to three months left. The shutdown will also affect other user fee programs, such as those covering biosimilars or animal drugs.

Commenting on the situation Gottlieb tweeted: “The agency is having to shift resources from pre-market drug review to post-marketing safety surveillance during the government shutdown.” The FDA, he said, will be “re-allocating carryover user fees”. This is to keep the most essential roles functioning as long as they can be, as the duration of the shutdown is unclear.

A letter written to the FDA Commissioner from the democratic party on the 11 January expressed some of their far-reaching concerns.

It suggested: “Should the remaining FY 2018 balance for these programs expire, the vast majority of FDA's ongoing product review functions will cease to continue, and user fee-funded employees (just under half of the agency) would no longer be paid."

In addition to the problems affecting industry, the shutdown is, of course, problematic for many FDA employees.

Gottlieb on twitter said: “Those within approval programs are getting paid through the user fee funding, but elsewhere — particularly on the food side — essential employees are going without pay.”

On Monday Gottlieb then said that he was asking employees to return unpaid to conduct some of the inspections and other agency functions involving surveillance of certain drugs, devices and potential outbreaks of food-borne illnesses. This is in line with the “mission critical” guidelines of the agency’s reduced function.

The New York Times spoke to an FDA employee, Kara M, MD. She said that many employees did not have the liquid savings to be able to work without pay for more than a month. This may be due to medical or family expenses, or just from the nature of being early in their careers.

This is an issue that needs to be addressed in the long-term contingency plans.

Like this story? Subscribe to Cleanroom Technology magazine for incisive analysis of the latest news and developments in hi-tech industries manufacturing in controlled environments.

The democrat’s letter expressed further concerns even if the situation concludes itself prior to the exhaustion of funds.

The backlog of applications will likely take a lot of catching up on, and approvals will still be delayed. This could severely affect industries and potentially shake investor confidence and the market.

In a tweet on the 15 January, the Commissioner warned: “There are also some parties who are using the excuse of the shutdown to advance misleading narratives.” This matter was not commented on further, but once the agency is no longer operating on an emergency basis the concern will most likely be investigated.

Employees’ financial position adding to the already overextended capacity of the agency creates a tense state. With the chaos in Washington seemingly no closer to a resolution, the questions is: what will break first and when.