From green and pleasant lands

For years, ahiflower was known only as a humble weed growing in the UK … until Natures Crops’ CEO, Andrew Hebard, took a keen interest and began to elucidate the amazing benefits that come from the oil extract of these unassuming plants

Ahiflower is disrupting the omega market as a potent, highly sought after and sustainable alternative to fish oil and flaxseed oil. Not only that, it’s vegan, versatile and has a clean taste and aroma.

Derived from the seeds of the corn gromwell plant (Buglossoides arvensis), Ahiflower oil sets itself apart from other omega-3 sources because of its high stearidonic acid (SDA) content — a characteristic that makes it more effective at boosting fatty acid levels.

KSR: Can you tell me more about the original discovery of Ahiflower in the UK?

AH: So, you have to remember that this was in the days before Google!

We searched a lot of the literature in public libraries, published papers and herbal compendiums and subsequently narrowed the search down to members of the genus Lithospermum. As a minimum, it had to meet two non-negotiable criteria:

These two criteria were absolutely paramount because we were committed to developing something that was significantly better (from an essential fatty acid/omega-3, -6 and -9 perspective) than anything introduced previously, such as borage, evening primrose, flax and chia, and it has to be something that could be grown by farmers and processed using existing agricultural equipment. 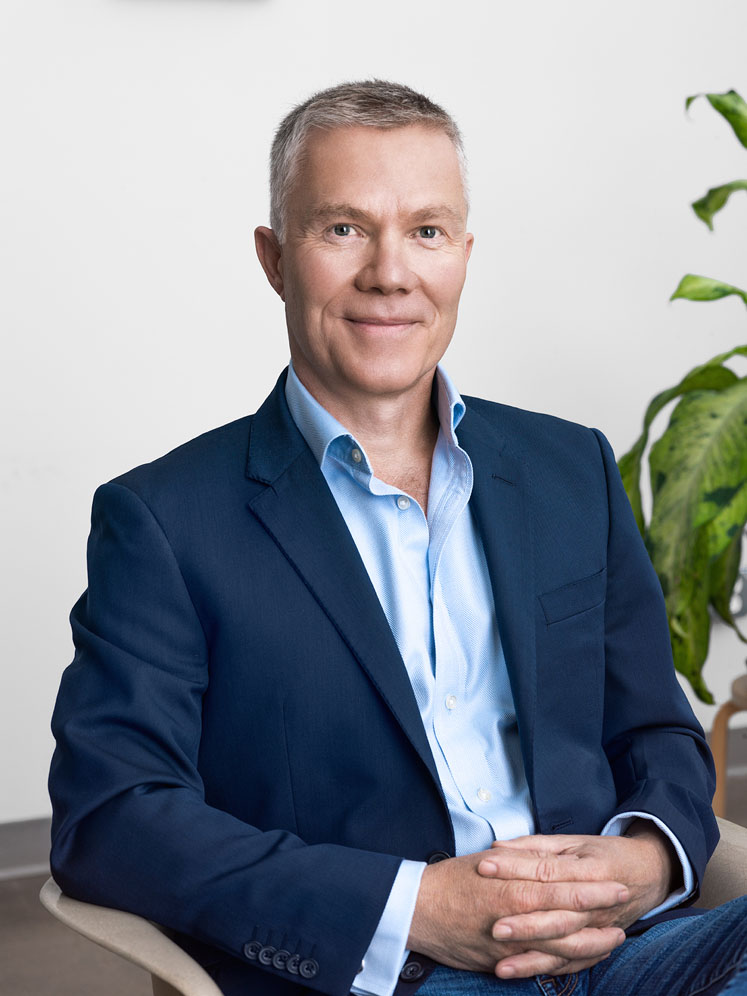 Lithospermum species are found throughout the world, often appearing as field or hedgerow weeds that are fairly innocuous.

Colloquially, for instance, they are often known as stoneseed. I’d hate to say that we were NIMBYs, but we genuinely didn’t think we would find the answer in our own backyard (in the US or Canada) so to speak, so we went to the Royal Botanical Gardens at Kew (London, UK) and asked where we might find different stoneseed varieties for assessment.

Anyway, to cut a long story short, we evaluated dozens of Lithospermum species from around the world … but our first commercial variety was selected and then developed from a variety we found growing in a hedgerow near Bury St Edmunds (Suffolk, UK). We literally stumbled across it whilst scoping out sloe bushes to manufacture our winter tipple! Now, what do they say about taking coal to Newcastle?

Of course, being native to that area, it had adapted to the UK climate and, fortuitously, had a pretty amazing fatty acid profile in its oil. From there, we started doing breeding and selection work in partnership with NIAB (National Institute of Agricultural Botany) in Cambridgeshire and we now have unique and distinct varieties that we grow commercially with farmers.

The resulting ahiflower oil has the richest and most advanced omega fatty acid profile, yet it also has a clean, nutty taste that opens up a range of food and beverage uses — such as meal replacement powders and culinary oil blends — that have been largely problematic with marine and algal-based omega-3 oils owing to taste concerns.

KSR: So, is Ahiflower exclusively grown and produced in the UK?

AH: Yes it is … and for a few compelling reasons. First, the farmers we worked with did an absolutely sterling job of figuring out how to grow the crop. As the law of harvest saying goes, and even more so in agriculture, you should reap more than you sow.

Initially, we managed to reverse the saying and we sowed more than we reaped! However, by investing in field trials and studying the behaviour of the plants, it is now as productive as flax seed.

Because of this, we made a commitment to producing in the UK up until the point when demand exceeds supply capability. Then, and only then, we will recruit farmers in other countries, such as Canada and New Zealand.

Lastly, we have been fortunate enough to work with farmers across many continents and the UK growers are some of the most innovative, environmentally focused and quality oriented that we have worked with.

KSR: Can you tell me about the specific farming partnerships you have in place in the region?

AH: We created the somewhat imaginatively named Ahiflower Growers Club in the UK, such that farmer members are actively encouraged to share knowledge and results to facilitate overall crop advancement.

We have production contracts with many independent growers and also some corporate farming groups that are seeking value-added alternatives to wheat, oilseed rape, etc.

We visit every farm throughout the growing season and invest heavily in making their experience with Natures Crops and Ahiflower a mutually beneficial and rewarding experience.

We also have a superb UK Operations Director — Simon Meakin, VP of Agronomy — who has exceptionally green fingers when it comes to growing specialty crops.

KSR: Does the UK offer anything in terms of climate, growth conditions and/or even output capacities, etc., that the entire US continent doesn’t?

AH: Climate is really important, so let’s hope it doesn’t change too quickly. As you know, the UK has a surprisingly temperate maritime climate for such a northerly latitude. 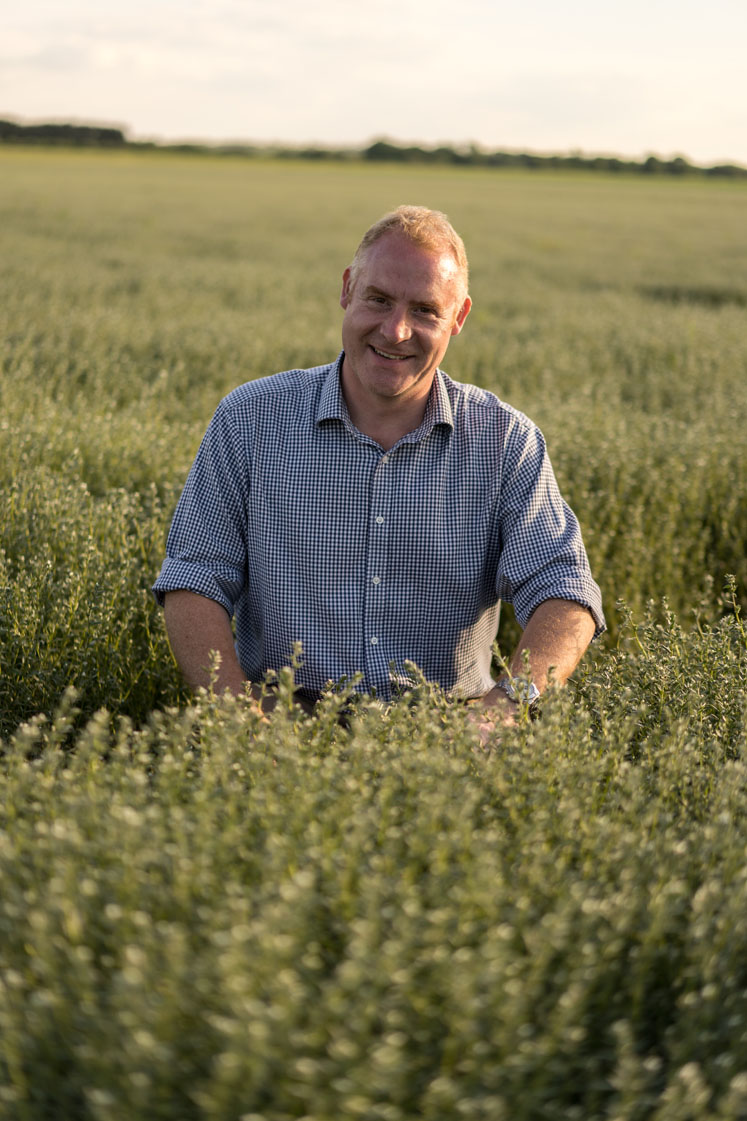 This provides very long growing days in the summer with small diurnal temperature variances. Typically, crops with highly unsaturated (polyunsaturated) fatty acids prefer cooler climates, which coincidentally is the same for small oily fish such as anchovies, sardines and herrings.

They are found in more northerly/southerly areas in cooler oceans, where the synthesis of omega-3 and -6 is more abundant. The closer you get to the equator, the more you see saturated fats accumulate in plants (tropical oils) such as palm and coconut.

KSR: Does Natures Crops grow or produce other ingredients (besides Ahiflower) in the UK?

AH: We have started growing meadowfoam which is another highly specialized oilseed crop and is used in high-end cosmetic products for its luxuriant skin moisturising properties.

We currently grow most of our requirements in the Pacific Northwest of the US, but like Ahiflower, meadowfoam also benefits from cooler maritime climates. The results so far have been excellent and it has enabled us to offer another high value, niche market crop to our ahiflower growers.

KSR: Although it’s early days, what effect might Brexit have on working with/in the UK?

AH: So far, it’s business as usual and we really haven’t seen any impact … but I do wonder whether part of that is because we are still COVID bound. Once we get out and attend trade shows and visit customers, we might get a sense of greater change. Certainly, passport and border control will be quite different!

KSR: What else would you like to say about growing and producing ingredients such as Ahiflower in the UK?

This is closely aligned with consumer preferences and I think the “Made in the UK” brand carries a great deal of cachet and authenticity. Living in the US, it also gives me an excuse to travel to the UK and load up with proper chocolate for those poor souls who have never experienced Cadbury’s.

KSR: At a time like this, amongst political uncertainty, a pandemic and financial recession, highlighting transpondian collaboration is a great thing. There are so many calls at the moment to tighten borders, minimise supply chains and focus on local sourcing that perhaps it might make some sense to look at the broader picture: that of human health and well-being.

And maybe there’s a certain irony here: so often I’m confronted by “plant hunters” who are so desperately keen to pillage Africa, Asia and anywhere remote to find the next big thing, it almost seems that they’re keener on passport stamps than actual discoveries. Yet, here’s Ahiflower, right in little old Blighty! If you know what to look for, maybe you don’t have to muck up someone else’s backyard!

AH: Very good point. People travel the world to find “superfoods” and the reality is that many wonderful plants and ingredients are right on your doorstep, with local communities that have coexisted and coevolved around them for generations.

A case in point is the elderberry. Every hedgerow in England is white with elderflower in May and purple with berries in September. I’ve worked with a lot of farmers in Devon to source and develop specialty produce.

The challenge is to make “Lovingly Grown in Moretonhampstead” sound as sexy as “Wild Harvest from the Slopes of Kilimanjaro.” On the upside, of course, the UK does have Old Speckled Hen and doesn’t have Bud Lite!