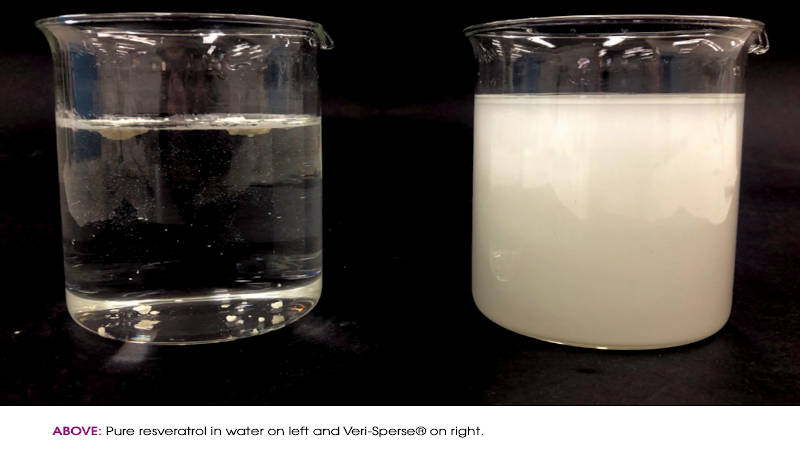 Gencor has reported the results from a pharmacokinetic study on trans-resveratrol oral bioavailability in humans using Pharmako Biotechnologies' VeriSperse platform. The single-dose, double-blind, randomised study compared the pharmacokinetics of a commercially available resveratrol both with and without LipiSperse delivery technology.

“Like other polyphenols, the oral intake of resveratrol has a relatively low bioavailability,” said Chase Shyroc, Vice President of Sales & Business Development for Gencor. “By using the LipiSperse delivery system, we’ve seen significant increase in VeriSperse’s bioavailability and efficacy along with the benefit of improved functionality.”

A common challenge with the introduction of lipophilic active ingredients can often result in decreased active load in final formulations. However, LipiSperse increases the wettability of the crystal, Gencor says, by lowering the surface tension enabling the dispersion of particles effectively in water and preventing the agglomeration of the crystals.