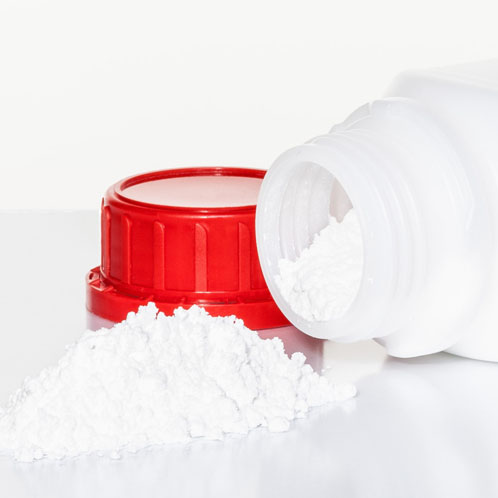 HMOs are complex carbohydrates that represent the third most abundant solid component of human milk after lactose and lipids, but are absent in most infant formulas. Levels of HMOs range between 5 and 25 g/L for mature milk. More than 150 different HMOs have been identified so far, which are classified into three different categories: fucosylated, non-fucosylated and sialylated HMOs.

Fucosylated and non-fucosylated HMOs belong to the group of neutral oligosaccharides that account for more than 75% of the total HMOs. Sialylated HMOs, such as 6´-sialyllactose, are formed by the addition of a sialic group at the terminal position and are acidic in nature.

As HMOs are resistant to digestion in the intestine, the majority of HMOs reach the infant colon largely undigested and unabsorbed.

A main function of HMOs is to promote a healthy gut microbiome. The gut microbiome is a complex and dynamic microbial ecosystem consisting of a very large community of micro-organisms that are vital to maintaining human health.

A well-balanced microbiome contains beneficial bacteria that exert a positive effect on well-being, such as by providing enzymes for the synthesis of vitamins or for food digestion, whereas imbalances in the intestinal bacterial populations have been linked to both intestinal and extra-intestinal inflammatory diseases such as infectious diarrhoea and tissue inflammation.

HMOs substantially shape the developing gut microbiome in several ways: they serve as prebiotics to promote the growth of beneficial bacteria and provide them with a growth advantage compared with potential pathogens.

WGenome sequencing analysis showed that B. infantis contains all the oligosaccharide transport proteins needed to import intact HMOs into the cell, where they are broken down intracellularly.

Other bifidobacterial (B. bifidum) and Bacteroides (Bacteroides fragilis) species secrete enzymes that break down HMOs and then transport the products into the cell for further metabolism.2

HMOs are also fermented to short-chain fatty acids (SCFAs), acetate, propionate, butyrate and lactate, which reduce the pH of the lumen and create an environment favouring the growth of beneficial bacteria. Furthermore, SCFAs can be used by other bacteria and the host.