Ingredients by Nature to discuss alfalfa ingredient at SSW

The chloroplast concentrate is a raw, organic, vegan and non-GMO product which is not spray dried at high temperatures 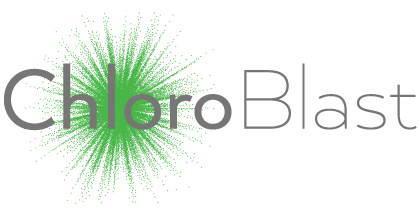 Ingredients by Nature (IBN), a supplier of science-based food ingredients, has announced a partnership with Virentia in preparation for launching ChloroBlast, a chloroplast concentrate from alfalfa (Medicago sativa) for the functional food and beverage industry in mid-2022.

Virentia has developed an industrial fractionation process to isolate, extract and concentrate intact chloroplasts from alfalfa leaves without the use of chemicals or mechanical treatments, which maintains chloroplast integrity, according to the company. The process also reportedly purifies the chloroplasts, removing phenolics and volatiles that could cause unpleasant odours and flavours and leaving a concentrate which is easily suspendable in liquids. This allows the company to prepare pure chloroplast suspensions with a high and reproducible omega-3:protein ratio, it says.

“Ingredients by Nature has a long history of supplying alfalfa ingredients, and we were very excited five years ago to learn about Virentia’s innovation in an ingredient category that hasn’t seen much change over the last decade,” said Rob Brewster, president of IBN. “ChloroBlast is one-of-a-kind, delivering a blast of vegetable protein along with a blast of nutritious chlorophyll, and we look forward to working with Virentia to improve functional food and beverage options on the market via this new ingredient.”

ChloroBlast contains 52% protein and 6% omega-3 content. It has an ORAC value of 232.4 µmol TE/g, delivers 30.5 mg of chlorophyll per gram, contains beta carotene along with vitamins A, B, D, E, C and K, and is a source of various essential minerals. The ingredient is suitable for applications in functional food and beverages, such as powdered drink formulations.

Dr Louis Vezina, PhD, Virentia’s co-founder, VP and CSO, said: “We were impressed with IBN’s knowledge of alfalfa and alfalfa-derived products. We believe that partnering with them will help us achieve our vision and push ChloroBlast in front of the right product formulators that want to offer consumers premium products that promote health and well-being.”

The chloroplast concentrate is a raw, organic, vegan and non-GMO product which is not spray dried at high temperatures. Virentia says its extraction process is highly sustainable owing to the company's carbon-positive and no-waste manufacturing approach.

IBN will be exhibiting at SupplySide West, booth #4027.