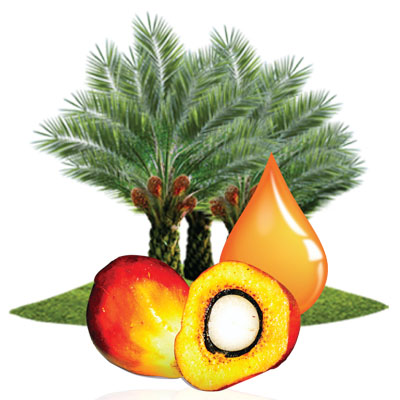 These results were based on a joint study conducted by a group of researchers from the National University of Malaysia and Shiga University of Medical Science, Japan.

A non-Alzheimer’s wild-type mice receiving water (WT-ctrl) acted as a positive control. Daily administration of Palm TRF and placebo, respectively, was done for 10 months and all mice were subjected to behavioural tasks for 13 days before they were sacrificed.

The administration of Palm TRF has also increased the recognition index of Tg-TRF to the WT-ctrl level (mice without Alzheimer’s disease).

The majority of metabolomics alterations in these mice were found in the hippocampus region with the largest changes observed in nucleotides, amino acids and lipids.

The alterations were then ameliorated by Palm TRF treatment. It was revealed that 19 putatively identified metabolites involved in several metabolic pathways related to AD were modulated by Palm TRF, hence suggesting that Palm TRF alleviate the cognitive dysfunction in AD by providing protection against metabolic disruption.

“The number of people suffering from Alzheimer’s disease is expected to increase worldwide and it is best if we could halt or slow down the progression of this disease from the very early stage. We are pleased to know Palm TRF is able to ameliorate brain abnormalities and behavioural changes caused by Alzheimer’s disease,” says Diyanah Roslan, Nutritionist at ExcelVite.

“The results shown by Palm TRF in these AD model, tie into ExcelVite’s EVNol SupraBio that is formulated to specifically provide a bioenhanced and optimum absorption of palm tocotrienols into the plasma."

"The accumulation of tocotrienols (Palm TRF) from the supplementation of EVNol SupraBio in the human brain has been proven in a groundbreaking human-tissue distribution trial conducted by Prof Chandan Sen, at the Ohio State University Wexner Medical Center."

"With more scientific evidence from various researchers worldwide (US, Japan and Malaysia), EVNol SupraBio is poised to be the next brain-protective ingredient for healthy cognition functions,” added Diyanah.