During a recent visit to Israel, the “start-up nation,” NBR’s Dr Kevin Robinson met with Tal Leizer, CEO, and Tali Shiloh, Business Development Manager, of Practical Innovation, to learn more about their mission to induce practicality into the world of innovation 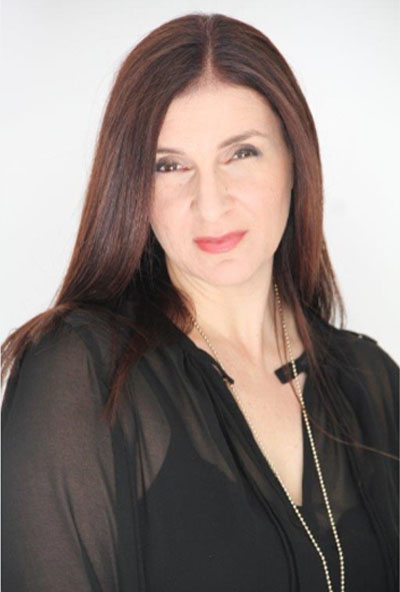 Founded in 2008 with the explicit goal of providing customers with novel formulation and development processes — from the creation of a new concept to product launch — the company was established to deliver practical and revolutionary innovations with that will become significant growth engines and expedite their time-to-market.

Founder Tal Leizer has a rich background in marketing and product development, and is credited with forging numerous groundbreaking innovations for the Israeli companies that have approached Practical Innovation in the past. “We’re looking for products or services that reinvent a category,” she says, “something with game-changing possibilities on a global scale, something that generates a whole new source of income.”

Tal’s philosophy is to combine the two important aspects of "What” (the innovation or idea) with "How” (the recipe to make it happen). After spending years as a client looking for efficient innovation processes, she eventually developed her own route to market and, after launching numerous successful new products, she decided to share her idea with others — to help companies find and develop their growth engines.

Practical Innovation works with a wide range of companies from a variety of traditional industries. “It’s not just about high tech applications,” insists Tal: “Everyone is welcome. We need more than just a good idea, though, it has to be something that is patentable.”

“We introduce our clients to practical ideas,” she adds, “and any innovative new idea that we present comes with a detailed recipe that explains how to bring that idea to fruition. This recipe enables the immediate development of the concepts and, in the following stages, we work with our clients step-by-step until the product or service is on the shelf.”

With more than ten new launches expected during 2017, there’s clearly a lot going on in Israel. “In every company, there’s a hidden start-up,” says Tal. “Our skill is to expose that idea and make it a reality.”

Practical Innovation’s processes are relevant to any company, notes Tali Shiloh, adding that many companies from various categories have already benefited from working with the organisation. “The capability to innovate is like trained muscles: we activate them every time in a different sector, and the results are always exciting and challenging,” she says.

Once an idea is tabled, the development programme kicks in. First, there’s a 1–2 day meeting with the client during which the two parties learn and connect. Then, there’s 3–4 month preparation period wherein experts and suppliers are called in to elucidate a detailed process, timetable and pricing structure. Practical Innovation then reconvenes with the client and accompanies them through all the following stages until the product is ready to launch.

“Potential candidates need to open both their minds and their wallets,” says Tal, “but we have the knowledge, professional tools, connections and access to sources of advanced information and factors that can take them forward and get a successful product on the shelf! And, of course, our solution will be tailor made to match the capabilities, resources and specific features of that company.” 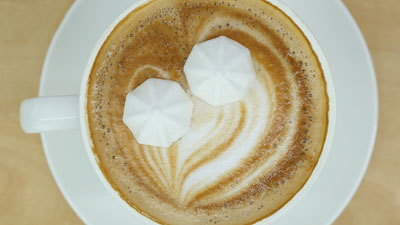 To cite a recent example of their work, Practical Innovation collaborated with Israeli sweetener company, Lampados International, to “reinvent the sweetener category with a whole new indulgent sweetening experience.” I spoke to CEO Noam Kaplan to find out more. Founded in 1975 by Noam’s father, Lampados currently supplies 34% of Israel’s tabletop sweetener market. But, in January 2017, the company introduced the world to a new generation sweetener – Liteez — a dual-purpose meringue kiss sweetener that melts in coffee or other hot drinks and can also be enjoyed as an ultra-low calorie sweet treat.

“It’s actually a delivery system,” says Noam, “for any kind of sweetener, such as stevia or sucralose. The novelty is that the carrier has been replaced with natural ingredients such as vegetable protein and prebiotic fibres that form a structural matrix for the sweetener. Two pieces of Liteez provide around 2 kcal, compared with the 20 kcal in a single teaspoon of sugar.”

And whereas the current product is destined for private label use in coffee shops and retail outlets, Noam says he’s already working on a new ingredient for industrial applications, such as sugar reduced ice creams and chocolate. The existing meringue kisses are baked and 100% soluble; Noam explains that he needs to reformulate the product to make it somewhat less soluble for foodstuff use.

“Granted, it’s slightly more expensive than other sweeteners on the market, but feedback has been very encouraging,” says Noam. “It’s novel, fun, has a certain charm and there’s an emotional connection with a healthy product. Plus, it’s vegan and can also be eaten as a snack. We’re also looking to experiment with some coloured and flavoured varieties, such as Irish cream and lemon.”

“Our mission was to help a traditional sweetener company make a completely novel product that takes the concept of sweet indulgence to a brand new level,” notes Tal “We changed the perspective of the product and hope to promote it as a whole new, premium experience that dispels the myth that coffee with a sweetener can’t be as good as coffee with sugar.” Although still in development at the time of writing, production trials are imminent at the company’s factory in Caesarea and Lampados has already invested in a pilot-scale manufacturing line. 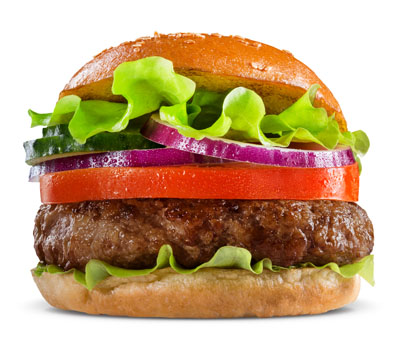 Salt of the Earth: salt reinvented

We've all heard about the food industry’s painful separation from MSG. The average consumer's negative perceptions about this controversial (justifiably or not) ingredient have led most manufacturers to remove monosodium glutamate from products and "clean up" their list of on-pack ingredients.

But how you do you replace such a potent flavour enhancer? The obvious answer is salt, and therein lies another problem; health organisations around the world are demanding that the food industry dramatically reduce sodium levels in end products. Without MSG and with a lot less sodium, the outlook for tasty foods looked bleak. Practical Innovation engaged with Salt of the Earth to find a solution.

The outcome of the innovation process was the development of the Mediterranean Umami product line. Umami, the fifth taste, translates from Japanese as delicious. “Mediterranean Umami is an on-trend sodium-reduction solution for the food industry, and a great example of Israeli innovation,” notes David Hart, Business Unit Director, Salt of the Earth.

“In addition to its outstanding organoleptic properties, Mediterranean Umami is an all-natural ingredient that enables a clean label in food products. Given regulatory requirements in many countries, food manufacturers are searching for technologies to effectively reduce sodium and enhance the umami flavour.”

In short, Mediterranean Umami (formerly Umamix) is a new salt product that’s rich in all-natural umami flavour ingredients, which makes the taste of food more attractive — with much less sodium. With a significant percentage of the global population seeking to lower their daily intake of sodium, Mediterranean Umami is an all-natural formulation that helps food technologists and chefs significantly reduce sodium and enhance flavour without compromising on taste. The proprietary blend of sea salt and vegetable extracts can be used to reduce sodium levels in foods such as processed meats, cheeses, ready meals, soups, savoury snacks and other savoury formulations but up to 45%.

According to the World Health Organization, reducing salt intake has been identified as one of the most cost-effective measures countries can take to improve population health outcomes; salt intakes of less than 5g/day (less than 2000 mg of sodium/day) — compared with current levels of 9–12 g/day — for adults helps to reduce blood pressure and risk of cardiovascular disease, stroke and coronary heart attack.

The governments of the UK, Israel and the US are among those who have issued regulations regarding sodium-reduction in foods. Given this public health need and regulatory trend, Salt of the Earth has invested significantly in technologies for sodium reduction.

“Since the launch of the product,” concludes Tal, “Salt of the Earth has gained worldwide recognition, interest and demand, and their products have appeared in leading food exhibitions as very innovative and attractive news for the global food industry.”