The Foundation has two main priorities: supporting local communities and particularly women in terms of education, health and infrastructure, and the preservation of the African environment and biodiversity, especially in the countries where Alland & Robert operates. 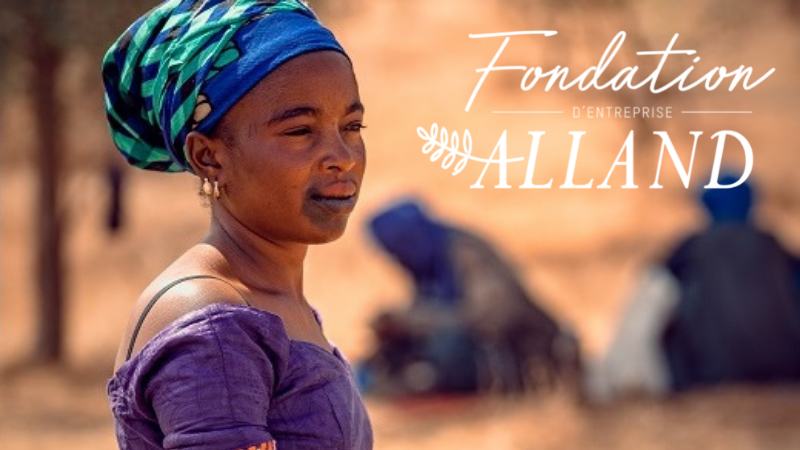 The Great Green Wall is an international project to grow trees on an 8,000 km strip that stretches over twenty countries in the sub-Saharan zone, from Senegal to Djibouti. One of the main tree species planted is the Acacia senegal, the tree that exudate acacia gum, as it is a drought resistant tree that provides many benefits such as soil fertility and land restoration. Partner of this initiative with the NGO Tree Aid, Alland & Robert, the international leader of natural gums, reinforces its historic commitment to African communities and creates its company foundation.

In the Sahel, the consequences of climate change are significant. The climate crisis worsens the poverty of local populations and destroys food crops. One of the reasons for this disaster: the advance of the Sahara, accelerating from year to year. In this context, Alland & Robert creates its Company Foundation, and its mission is to manage Alland & Robert’s commitments to the environment and the Sahelian communities.

One of the foundation’s main projects will be to strengthen the partnership between Alland & Robert and Tree Aid, a UK-based NGO (Non-Governmental Organization) expert of African drylands and reforestation, and a participant in the Great Green Wall project. In 2020, the first year of this partnership, Alland & Robert helped plant 3,600 trees which corresponds to approximately 36 hectares of restored land. Committed to the African communities since the creation of the company in 1884, Alland & Robert decided to create a company foundation in order to give the necessary frame to its actions, and to further strengthen its historical involvement. The Alland Company Foundation has two main priorities: supporting local communities and particularly women in terms of education, health and infrastructure, and the preservation of the African environment and biodiversity, especially in the countries where Alland & Robert operates.