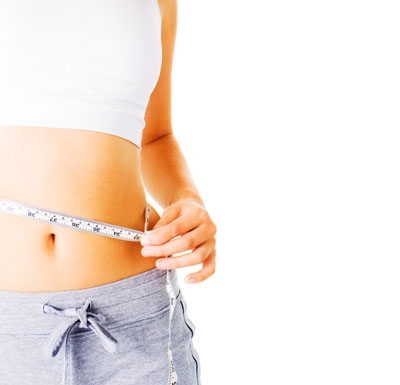 In a series of trials, researchers found that when people took citalopram, which is used as an antidepressant and for OCD, they were more likely to opt for healthy food.

Warwick Business School Professor of Behavioural Science, Ivo Vlaev, believes this could be a big development in tackling obesity, which has more than doubled worldwide since 1980 according to the World Health Organization who also calculated in 2014 that more than 1.9 billion adults, 39% of 18-year-olds and older in the world, were overweight or obese.

“These research findings have implications for understanding and treating obesity and even eating disorders,” said Professor Vlaev.

“We found that citalopram increased the number of choices for healthy foods made by people when compared with a placebo. Our trials suggest that after taking the drug, people are more likely to make decisions on what food to eat based on health rather than taste."

“It appears to give people the long-term focus needed to consider how food will impact on their health, rather than the short-term decision to go for what tastes better.”

Sometimes they were two healthy options, sometimes two unhealthy foods and sometimes one of each.

They took a single dose of atomoxetine, and then repeated the task but this time taking citalopram, and then a placebo, without them knowing what they were taking.

Citalopram works by lengthening the time serotonin – a chemical that delivers messages to synapses in the brain known as a neurotransmitter – is held by the synapse in the cell, so prolonging its action.

The researchers tested the hypothesis that serotonin is involved in value-based decision making and promotes a focus on long-term goals in dietary choice.

Atomoxetine boosts noradrenaline – another type of neurotransmitter – in a similar way, but there is evidence noradrenaline has a distinct effect on cognitive flexibility and control.

The researchers found that when taking citalopram, 60% of the participants’ choices were healthy, whereas just 45 of them were healthy when taking the placebo. The number of healthy choices made taking atomoxetine was not significantly higher.

By rating the foods on health and taste beforehand, the trials also revealed that subjects’ choices while on citalopram were for health reasons as they more frequently selected the food that had the higher health rating, while on the placebo it was not even a consideration.

“This shows that serotonin is not about controlling impulsivity, but it helps people to have a more long-term focus on their decision,” said Professor Vlaev.

“Citalopram helps to give a boost of serotonin, which is a neurotransmitter involved in the regulation of cognitive processes. Our data tentatively suggests serotonin amplifies the importance of health considerations in consumption decisions, perhaps via enhancing a focus on, or the value of, long-term outcomes."

“The lack of a direct effect of citalopram on health or taste ratings of food items also suggests serotonin promotes the integration of health information into choices rather than influencing the health ratings themselves.”

Professor Vlaev believes beyond the connotations to do with food, this research could have an impact on addictions and impulsive behaviours.

“Citalopram offers the potential for a better understanding of consumer food preferences and behaviour and why people still choose unhealthy snacks despite knowing they will be bad for them in the long-term,” he said.

“Also, serotonin-enhancing drugs such as citalopram could be given during the initial stages of interventions aimed at changing the lifestyle of overweight and obese patients.

“Indeed, using drugs such as citalopram that enhance the long-term goals in value-based decision making could be used in other situations, such as addictions and impulsive behaviours or be used to support psychological therapies for mental health conditions.”