Recent research, supported by NattoPharma, has indicated vitamin K2 may play a role in helping patients with chronic kidney disease 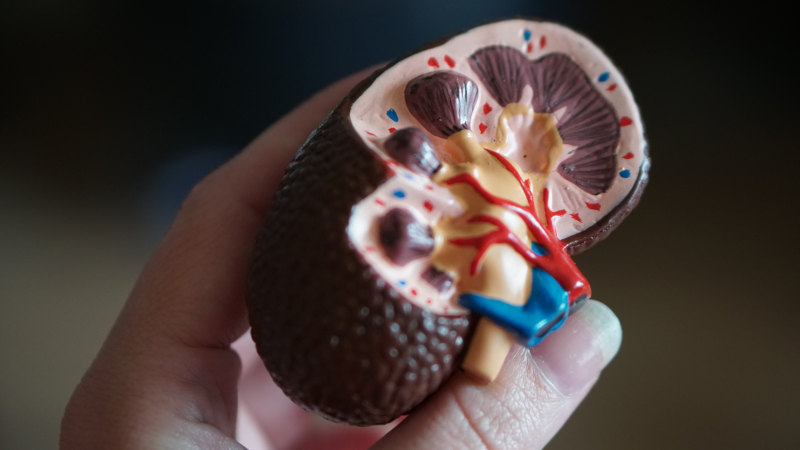 Nephrology Dialysis Transplant has published findings from an experimental kidney failure animal model showing vitamin K2, when combined with phosphate binders (PBs), could potentially be a useful therapy for chronic kidney disease (CKD) patients. NattoPharma, now part of Gnosis by Lesaffre, supported the study by providing MenaQ7 K2 as MK-7 as the source material and funding through a Norwegian Research Council grant.

The paper, "Combining phosphate binder therapy with vitamin K2 inhibits vascular calcification in an experimental animal model of kidney failure", presents evidence furthering the understanding of the role of vitamin K deficiency, specifically highlighting its potential as a cardiovascular therapy for an at-risk population, according to Prof Leon Schurgers, Professor of Biochemistry of Vascular Calcification and Vice-Chair of Biochemistry at the Cardiovascular Research Institute Maastricht (CARIM), Maastricht University, and corresponding author to this paper.

In this experimental animal model of kidney failure, researchers induced K deficiency in rats, and then fed them a high phosphate diet in the presence of low or high vitamin K2. The animals were randomised to either control or one of four different phosphate binders for eight weeks. Vitamin K status was measured by plasma MK7 levels and immunohistochemically analysed in vasculature using ucMGP specific antibodies.

The authors concluded: "In an animal model of kidney failure with vitamin K-deficiency, neither phosphate binder therapy nor vitamin K2 supplementation alone prevented VC. However, the combination of high vitamin K2 with PB treatment significantly attenuated VC. Our findings might provide a combination therapy to combat VC in CKD. These findings should be translated to human research.”

“While this is early research, it is still significant in furthering our understanding of the K2 mechanism and its potential for improving cardiovascular health for the global population, but specifically at-risk populations like those suffering from CKD,” explains Dr. Hogne Vik, Chief Medical Officer with NattoPharma – Gnosis by Lesaffre, which supported this study through funding and supplying the K2 used in the study. “K2 is the only known compound to date shown to impact vascular calcification. We are proud to continue driving our understanding of Vitamin K2, building on the already substantial body of evidence showing it is a safe and effective cardiovascular protector.”