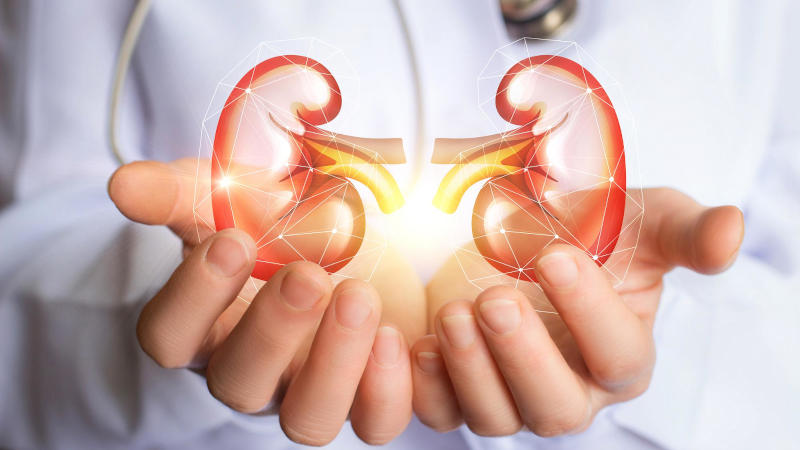 In 2014, the global prevalence of diabetes was reported by the World Health Organization (WHO) to be 8.5% (422 million adults), which is almost double the figure as compared to 4.7% (108 million adults) in 1980 2. Diabetic nephropathy (also known as diabetic kidney disease) is one of the microvascular complications of diabetes. This complication can lead to end-stage renal failure (ESFR), hence it is crucial to halt this complication from getting serious.

In a multicenter, double-blind, randomised placebo-controlled Phase IIB study, 59 diabetic nephropathy patients were randomised to receive either 200 mg EVNol SupraBio (encapsulated in softgel Tocovid Suprabio) twice daily, or placebo. An increase in estimated glomerular filtration rate (eGFR) and a decrease in serum creatinine denote improvement in renal function. Patients with declined eGFR of ≥2 mL/min/1.73m2 per year will be identified as progressors and have higher chances to eventually progress to ESRF.

EVNol SupraBio supplementation significantly increased creatinine clearance and eGFR at twelve months of supplementation. These changes were sustained throughout the study period of a year. There was a reduction in serum creatinine levels of 7.85 umol/L in the EVNol SupraBio group with a corresponding 4.83 ml/min/1.73m2 increase of eGFR. On the other hand, subjects in the placebo group have a rate of eGFR declined in approximation to 2.26ml/min/1.73m2 over a year.

After six months of cessation of EVNol SupraBio, a significant reduction in urine to albumin-creatinine ratio (UACR) by 19.3 mg/mmol was recorded. In contrast, placebo group showed an increase in UACR by 4.6 mg/mmol. The urine albumin-to-creatinine ratio (UACR) shows whether there is albumin in your urine. People with a high amount of albumin in their urine are at an increased risk of having chronic kidney disease progress to kidney failure.

As per the researcher's knowledge, this is the first clinical trial that demonstrated tocotrienol-rich vitamin E supplementation for a short period of 12 months was able to ameliorate the progression of diabetic nephropathy especially in patients with stage three chronic kidney disease.

"It is important to note that up to date, there is no available treatment for diabetic kidney disease. Long-term kidney problem could lead to end-stage renal failure where the patients require either hemodialysis or kidney transplantation. While it is critical for diabetic patients to control their blood sugar level, it is also crucial for them to avoid this diabetic complication from worsening," said Bryan See, Business Development Manager of ExcelVite.

"In 2018 and 2019, ExcelVite in collaboration with Prof Dr Khalid Kadir (recipient of NutraIngredients-Asia-NutraChampion 2020 award - in recognition for his contribution to clinical research) has conducted two human clinical studies to investigate the benefit of EVNol SupraBio for diabetic nephropathy. This third study with larger cohort and longer supplementation period has reported the same beneficial effect in diabetic nephropathy. Taken together, the results from these papers (short-term, 2-3 months, supplementation and long-term, 12 months, supplementation of EVNol SupraBio) have conclusively shown an improvement in management of Diabetic Kidney issues," added Bryan.

Disclaimer: The statements in the above article have not been evaluated by the Food and Drug Administration. They are not intended to diagnose, treat, cure or prevent any disease.