The ingredient has now been launched in eye health supplement capZion, available from Josh Naturals in Germany 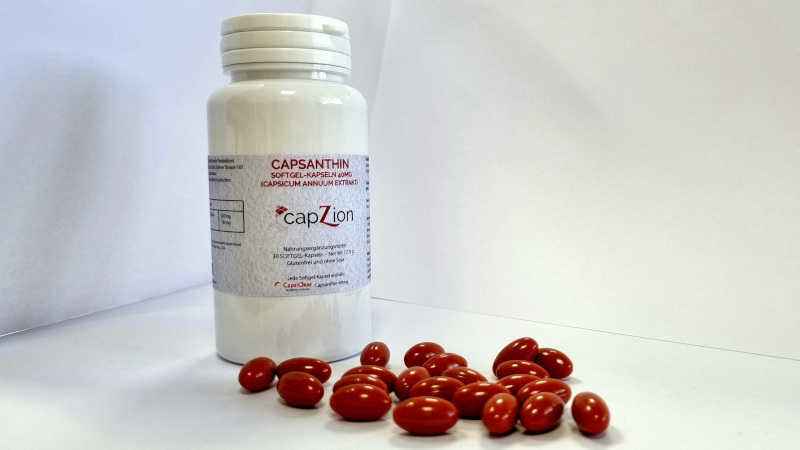 Unibar Corporation, a supplier of science-based ingredients, has announced the regulatory approval of CapsiClear to be sold within the European market. Accompanying this approval, Unibar has partnered with Josh Naturals in Germany to launch capZion, an eye health capsanthin product to be available in Europe.

CapsiClear is a patent-pending combination of carotenoids standardised to 50% capsanthin, a xanthophyllic carotenoid sourced from chili peppers. The ingredient delivers a 4-in-1 eye health solution designed to help consumers more fully address the problems that come with digital lifestyles and ageing. It reportedly supports vision health and performance by supporting the mechanisms that reduce intraocular pressure (IOP) and improve photostress recovery for decreased eye strain in addition to increased MPOD and improved protection from the negative effects of blue and white light. The ingredient has also been shown to help support the maintenance of IOP via an oral application, according to a study published in the Journal of Food Biochemistry.

“When discussing eye health, conversation usually revolves around lutein or zeaxanthin. But we recently learned that the European market is missing out on several aspects of vital support, like managing intraocular pressure, by not taking a closer look at the carotenoid capsanthin,” said Wesely Suresh, MD of Josh Naturals. “We have worked a lot with Capsicum annuum extracts in the past, so it wasn’t surprising that the plant had another powerful component. CapsiClear presented the perfect opportunity to take our company in a new direction with an eye health product that delivers a wider spectrum of benefits than has been previously available.”

“We are thrilled to have partnered with Josh Naturals to introduce CapsiClear into the European market through its capZion product,” said Sevanti Mehta, President of Unibar. “The clinical data we have gathered on CapsiClear speaks for itself. We have developed an unprecedented ingredient for holistic eye health support and, having experienced the benefits of CapsiClear myself, I look forward to seeing the positive effect it has as European consumers look to capZion for their eye health needs.”

Initially available for purchase on its own webstore with plans to be listed via Amazon and other online retailers, in 2022, capZion will also be available via various pharmacy chains and via TV for home shopping.

CapsiClear is manufactured according to ISO, cGMP, HAACP, and PMDA requirements and holds self-affirmed GRAS status.