A powerful tool for gut health and inflammatory conditions

That old maxim that you are what you eat might have some credibility. Although dietitians and nutritionists have long understood the impact of gut bacteria on the subtle interactions of the body, larger manufacturers have only recently begun to address the connection between digestive and immune health

Gastrointestinal (GI) symptoms affect millions of people in the US and account for significant morbidity, mortality and healthcare costs.1 There is, however, increased awareness that positive alterations in diet and lifestyle can decrease and often eliminate symptoms such as bloating, flatulence, diarrhoea and constipation, as well as other common GI complaints.2

Research suggests that a disruption in the microflora of the GI tract, called dysbiosis, creates an undesirable immune response and related chronic inflammatory conditions. It has been linked to many other conditions such as gastrointestinal malaise, obesity, diabetes, arthritis, etc. Dysbiosis is defined as a shift in the microbiota composition, resulting in a decrease in the number of beneficial microbes accompanied by an increase of harmful microbes in the intestinal tract.3 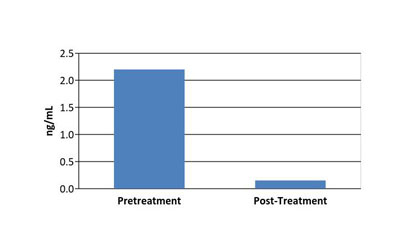 Intestinal permeability is an intestinal barrier feature that’s closely linked to intestinal microbial diversity, as well as to the mucosal immune system. Many factors can alter intestinal permeability — such as gut microbiota modifications, mucus layer alterations, epithelial damage and a typical Western diet — resulting in translocation of the luminal content to the inner layers of the intestinal wall.4

There has been recent recognition of the role of pre- and probiotics to correct dysbiosis and to manage many of the associated conditions, such as intestinal permeability. Although probiotics provide beneficial flora, prebiotics may offer an alternative or symbiotic benefit to probiotics as they have been used to stimulate beneficial bacteria to help to restore balance. Compared with probiotic action, which provides living micro-organisms, prebiotics stimulate the activity of healthful bacteria.5

IgY Max is a polyvalent antigen-specific IgY product from specifically immunised eggs that targets 26 of the most common human-relevant pathogens. It supports the role of prebiotics by aiding in immune system function and by decreasing “bad” bacteria while leaving the good ones intact.6-8 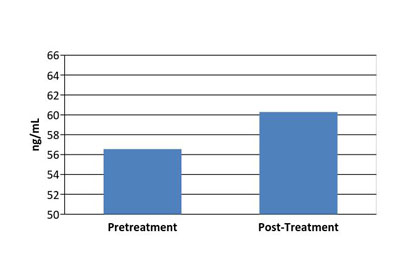 Figure 2: Improvement in DAO levels after 8 weeks of supplementation with IgY Max

IgY Max works by significantly reducing the adhesion and growth of harmful bacterial in the GI tract, and by helping to minimize inflammation by decreasing cytokines and HSCRP.8,9 IgY antibodies offer several advantages compared with mammalian IgG antibodies: their immunogenicity is 3-5 times higher; they do not increase inflammatory cytokines; and their per unit immunoglobulin concentration is 20 times higher.10,11

Moreover, IgY antibodies have a highly specific rapid and local onset of action, are non-toxic and they do not stimulate the human complement system, thus preventing non-specific inflammation.10,11 Antigen-specific IgY products have been shown to be effective in promoting gut function and immunity in humans, as well as in reducing the side-effects of dysbiosis, such as common GI complaints.6,12

An open label pilot study was recently conducted to explore the effects of 8 weeks of IgY Max supplementation on microbial diversity and on biomarkers of gut wall integrity in 6 subjects reporting mild to moderate GI complaints. The participants were given 2g daily (two 500 mg capsules, twice a day) of IgY Max for 8 weeks. Markers such as zonulin, histamine and diamine oxidase (DAO) were evaluated to assess gut integrity. 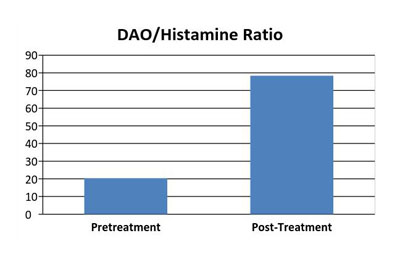 Figure 3: The improvement in the DAO/histamine ratio is an indication of an increase in DAO and a related decrease in histamine, which reflects a positive change for inflammation and associated chronic conditions

Zonulin is a regulator of intestinal permeability and can therefore be used as a biomarker of impaired gut barrier function. Histamine, produced by mucosal mast cells, acts as a proinflammatory mediator in the intestine and modulates intestinal permeability. DAO is the enzyme made by the microvilli that degrades histamine. Therefore, low levels of DAO and elevated levels of histamine have been implicated in chronic inflammatory and autoimmune disorders.4 Three subjects completed a pre- and post-comprehensive stool analysis conducted by Doctors Data Inc. to assess changes in microbial diversity.13 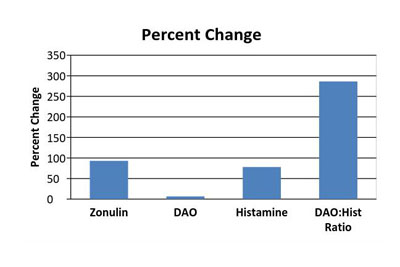 Of the six subjects tested, none had adverse reactions or events. Subjects reported noticing “a decrease in gas and bloating,” and “feeling more energy.” These results show that IgY improved quality of life measures. In addition to subjective data, the objective markers show a decrease in gut permeability. There was an improvement in zonulin (Figure 1), DAO (Figure 2) and histamine. 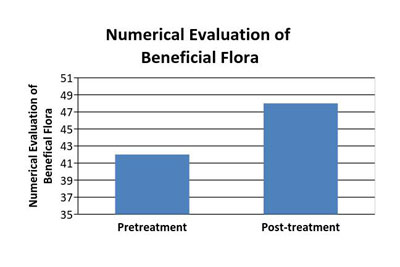 Figure 3 shows the improvement in the DAO/histamine ratio. Figure 4 shows the per cent change in all measured markers, all of which demonstrate an improvement. There was an overall increase in beneficial flora (Figure 5). Beneficial flora including Bactoroides fragilis, Bifidobacterium species, Lactobacillus, Enteroccocus and Clostridium were tracked. When the quantitative value of the flora was summed, there was an overall increase in beneficial flora. The species that was most consistently increased was Lactobacillus, showing IgY 26 to be a unique prebiotic support for microflora, and especially Lactobacillus.

It was concluded that IgY Max supplementation for 8 weeks resulted in the improvement of markers of gut distress such as zonulin, DAO and histamine, as well as an increase in beneficial flora in the intestine. Improvement of these markers are associated with better GI function, improved intestinal wall integrity and decreased levels of inflammation.

Moreover, IgY Max is able to exert its activity within the entire length of the GI tract. Owing to its mechanism of action, IgY Max is an effective tool to address issues caused by dysbiosis.

7. R. Ambekar, “Effect of a Nutritious Drink Fortified with Immune Egg in Improving the Weight and Enhancing the Well-Being of Subjects,” unpublished study (1998).

13. D. Quig, “Proteomics: A Revolution in the Evaluation of Gastrointestinal Microflora. A White Paper for Doctor’s Data Inc. (www.doctorsdata.com).