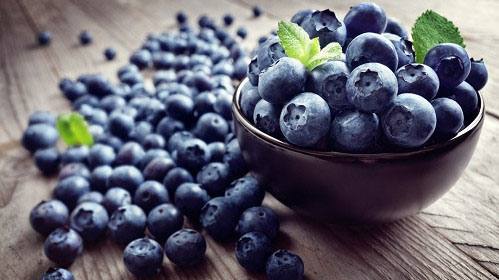 People with MCI have an increased risk of dementia and can benefit from preventive measures, such as nutritional approaches.

Blueberries, blackberries and strawberries are rich in flavonoid polyphenols called anthocyanins, which have previously shown promise in supporting cognitive function.

In a randomised, double-blind, placebo-controlled trial, researchers evaluated the cognitive response to blueberry supplementation in older adults with an increased risk of dementia.

Participants (aged 68+) with MCI were randomised to take freeze-dried, whole fruit blueberry powder or a placebo powder daily for 16 weeks. Functional magnetic resonance imaging (fMRI) was performed at baseline and the end of the study while participants took a working memory challenge.

The blueberry powder was provided by the US Highbush Blueberry Council (Folsom, CA) and was a mixture of 50% Vaccinium ashei Reade (Tifblue) and 50% V. corymbosum L (Rubel) blueberries. The daily dose was equivalent to 1 cup of whole blueberry fruit. It was consumed as a powder twice a day, with the morning and evening meal.

A total of 17 participants completed the study. After 16 weeks, participants in the blueberry group demonstrated significantly increased blood oxygen level-dependent (BOLD) signals in two areas of the brain during the working memory challenge.

The changes in BOLD signals were of a large magnitude, suggesting that blueberry powder modulated neuronal signalling and improved neurovascular function.

The changes in fMRI were not accompanied by significant improvements in working memory task performance.

The authors propose that this might be derived from the small sample size and lack of power to detect a significant change.

This is not the first study, however, to detect enhanced brain activation in the absence of improved cognitive performance. This pattern was also seen in previous studies that evaluated Concord grape juice and high-flavanol cocoa supplementation.

This clinical trial was the first to detect altered neuronal activation after blueberry supplementation in older adults with MCI. The results suggest that anthocyanin-rich berries might offer promise for supporting cognitive function in adults at risk for dementia.