A new study, published in the top-tier American Journal of Clinical Nutrition concludes that krill oil improves knee pain, stiffness and physical function in adults between 40 to 65 years old with mild to moderate knee osteoarthritis 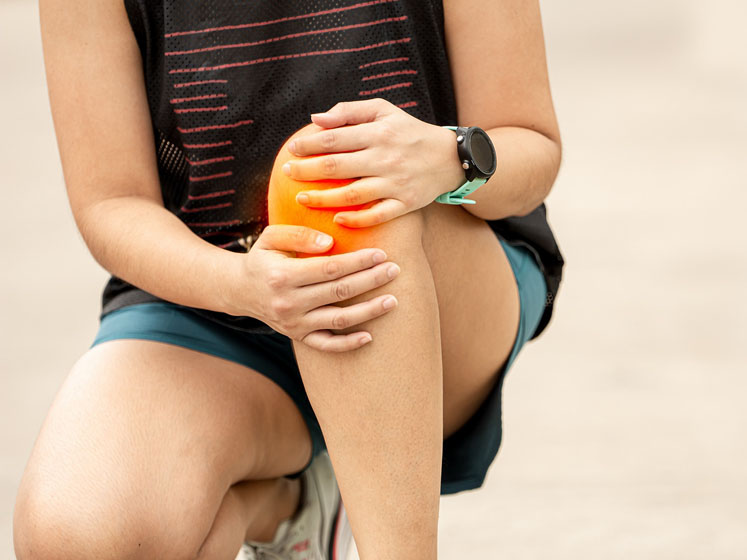 “We are very happy with the results from this well-executed trial,” said Line Johnsen, Vice President of Science and Regulatory Affairs at Aker BioMarine.

“Not only did Superba BOOST krill oil phospholipids significantly reduce knee pain, but it also improved stiffness and the physical function of the knee. An additional interesting finding in the study was that the participants with the greatest level of inflammation at the start of the study were the ones that had the biggest pain improvement."

"It is great to have an alternative treatment, without side effects, for people suffering from osteoarthritis of the knee.”

Nick Mann, CEO for Swisse’s parent company H&H Group for Australia, New Zealand and Asia said: “We are very pleased to have brought together high-quality partners from supply chain, research and industry to build a research collaboration that is not only scientifically meaningful, but also commercially valuable for all involved.”

The 235 healthy men and women who participated in the study were between 40 and 65 years of age and habitually consumed low amounts of long-chain omega-3 fatty acids in their diets and no fish oil supplements and had all received a clinical diagnosis of osteoarthritis of the knee.

The study ran for 6 months between 2018 and 2019, and participants were randomly divided into two groups: one placebo group and one test group receiving 4 grams of krill oil per day providing 880 mg of long-chain omega-3 fatty acids and 450 µg of astaxanthin. Participants were assessed at baseline, 3 and 6 months.

The study showed that knee pain was improved in the krill oil group versus the placebo group during the 6-month period.

“Four years in the making, this clinical trial represents the largest, longest, and highest dose study to date investigating the effects of krill oil on osteoarthritis of the knee,” said Dr Stonehouse, CSIRO Principal Research Scientist.

Knee pain is a common sub-type of osteoarthritis, with studies showing that the global prevalence of knee OA was 30% in individuals aged 40 and older.

Non-surgical relief of this pain typically involves use of non-steroidal anti-inflammatory drugs (NSAIDs). Owing to the adverse effects of these medications, researchers are in pursuit of effective, alternative treatments. Previous studies and clinical trials have suggested that omega-3 polyunsaturated fatty acids derived from marine sources might be one such alternative to relieve joint pain.