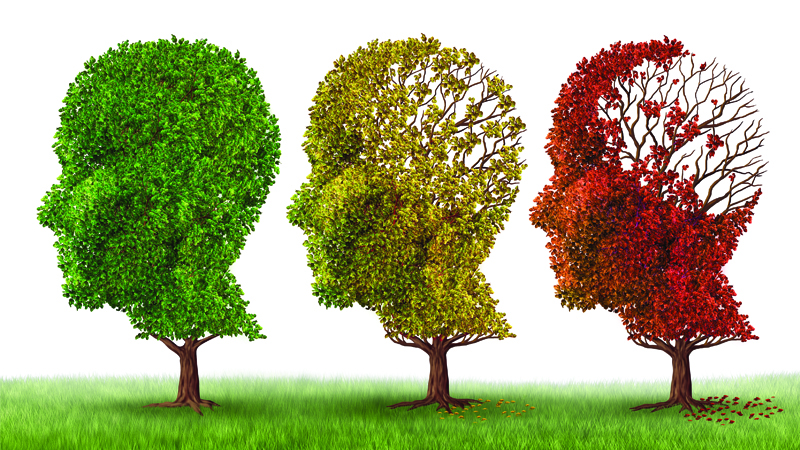 Healthy ageing ingredient L-ergothioneine, the unusual amino acid present in fungi, might be the next big thing in the nutraceutical industry, as shown in the findings of a 24-year study examined here by Blue California, the US company that prepares to take a pole position in future demand.

After following one group of men for 24.5 years and another for 13.25 years, researchers found that the men who consumed these mushrooms once or twice a week had an 8% lower risk of developing prostate cancer as compared to those who ate mushrooms less than once per week.

Eating mushrooms more often appeared to bring even bigger benefits to those who consumed mushrooms three or more times per week, showing a 17% lower risk than those who ate mushrooms less than once a week.

L-ergothioneine was useful to the body for combating oxidative stress, a cellular imbalance that may result from poor diets

A total of 36,499 individuals between the ages of 40 and 79 were included in the cohort study. Participants answered a questionnaire about lifestyle choices, diet (including mushroom consumption), physical activity, smoking and drinking habits[1].

The researchers indicated in their study that mushrooms may have a positive effect on prostate health in part because they are rich in the nutrient L-ergothioneine.

They believed L-ergothioneine was useful to the body for combating oxidative stress, a cellular imbalance that may result from poor diets or unhealthy lifestyles but also potentially as a consequence of the ageing process[1].

L-ergothioneine is a naturally occurring amino acid and is a thiol/thione derivative of histidine[2]. L-ergothioneine is found in highest concentrations in mushrooms and bacteria and in lower amounts in other foods including king crab, beef, pork, lamb, and chicken.

Despite the presence of L-ergothioneine in foods humans consume, its biosynthesis has only been observed in certain bacteria and fungi[3].

Humans produce a highly specific transport protein called OCTN1 for L-ergothioneine that makes it highly bioavailable and avidly retained, leading many to speculate about its potential importance to human health, because such specific transporters are rarely present for non-nutrient bioactive compounds[4].

The Triage Theory by renowned scientist Bruce Ames, PhD, states that when the body runs low on a certain vitamin, it is forced to make a decision about how to use its meagre supply. Should it be used to fix immediate issues, or should it be used to keep everything else running smoothly[5]?

A recent review by Ames explained that the body prioritises the use of scarce micronutrients in favour of short-term survival at the expense of long-term health[6]. However, Ames postulated that if the body is always well-supplied, it should never have to make that choice, resulting in healthy ageing.

Ames proposed that the existing vitamins and minerals be classified as "survival vitamins and minerals," while adding two new classifications. First, a group he called "conditional vitamins," and finally compounds that are required for the function of longevity proteins as "longevity vitamins." Impairment of the function of longevity proteins results in an acceleration of the risk of diseases associated with ageing.

"Longevity vitamins" are not synthesised in the body (similar to other vitamins), and are also those for which the triage hypothesis is most applicable, compounds for which asymptomatic deficiencies lead to short term maintenance at the cost of long-term health. Included in the shortlist of proposed longevity vitamins is L-ergothioneine[7].

Ames postulated that appropriate supplementation and/or an improved diet including longevity vitamins such as L-ergothioneine may reduce much of the consequent risk of chronic disease and premature ageing[7].

Unfortunately, nutrient deficiencies are highly prevalent in the US (and elsewhere). Preliminary evidence indicates that L-ergothioneine levels in the American food supply might be compromised because of reduced fungal populations in agricultural soils caused by some cultivation practices[4].

"For individuals that are concerned about not getting enough L-ergothioneine in their diet due to current agricultural practices, or don't have the ability or desire to eat L-ergothioneine-rich foods such as mushrooms, on a regular basis, taking an L-ergothioneine supplement may be an ideal alternative," observed Ferren.

Could L-ergothioneine be considered the next classified vitamin since 1948? Only time will tell, but one day it may join the list of alphabet vitamins such A, B, C, D, and K and become an essential ingredient in multivitamin formulations.

The Mitochondrial Theory of Ageing suggests that free radical damage to our cells' power source leads to a loss of cellular energy and function over time. It is much like charging your cell phone over time; every time you charge it the capacity gets reduced.

Elevations in biomarkers of oxidative damage and low-grade inflammation have long been known to be a hallmark of ageing and risk of age-related diseases[8,9]. One of the putative basic mechanisms of ageing is age-dependent mitochondrial deterioration, closely associated with damage mediated by reactive oxygen species (ROS).

Given the central role that mitochondria and mitochondrial dysfunction play not only in ageing but also in apoptosis, cancer, neurodegeneration and other age-related diseases there is great interest in approaches to protect mitochondria from ROS-mediated damage.

L-ergothioneine is one of the only antioxidants concentrated in mitochondria

L-ergothioneine scavenges oxygen radicals and other ROS[2, 10–11]. This suggests that the compound may act as an antioxidant and anti-inflammatory agent in vivo [12–14]. It is possible that the elevation in oxidative damage with ageing and age-related pathology may in part be attributed to declining levels of blood L-ergothioneine.

L-ergothioneine is one of the only antioxidants concentrated in mitochondria, suggesting a specific role in protecting mitochondrial components such as DNA from oxidative damage associated with mitochondrial generation of superoxide.

In combating cytotoxic effects of pyrogallol, a known superoxide generator, L-ergothioneine is as potent as glutathione (which does not accumulate in mitochondria). Because of its dietary origin and the toxicity associated with its depletion, L-ergothioneine may represent a new vitamin whose physiologic roles include antioxidant cytoprotection.

Ageing is a major risk factor for many diseases including neurodegenerative disorders such as Alzheimer's, Parkinson's, and other areas affecting dementia or cognitive decline.

A March 2019 study (behind paywall) showed that participants who consumed several portions of mushrooms each week had reduced odds of having mild cognitive impairment (MCI). The cross-sectional data supports the potential of mushrooms and their bioactive compounds such as L-ergothioneine in delaying neurodegeneration with neuroprotective properties[15].

An earlier 2016 study (behind paywall) on an elderly population group showed that L-ergothioneine whole blood levels specifically declined beyond 60 years of age, and are further significantly decreased (relative to age-matched subjects) with onset of MCI[16]. This decline suggests that deficiency in L-ergothioneine may be a risk factor of predisposing individuals to neurodegenerative diseases associated with ageing.

"If you look at some of the health benefits that are associated with L-ergothioneine such as its strength as an antioxidant in the mitochondria, as well as the emerging correlative research in cognitive and immune health... all of these benefits are associated with supporting healthy ageing," explained Ferren. "L-ergothioneine is an ideal ingredient for a healthy ageing, nutraceutical formula."

The Panel on Dietetic Products for the European Food Safety Authority found L-ergothioneine daily limits of 2.82 mg/kg of body weight for infants, 3.39 mg/kg for small children, and 1.31 mg/kg for adults, including pregnant and breastfeeding women, to be safe. The target population assessed for this study includes children above 3 years of age and the general adult population[17].

In the US, the naturally fermented (not synthetic) form of L-ergothioneine manufactured by Blue California received GRAS status in May 2018. "We have received very positive feedback so far from brands that have formulated ErgoActive L-ergothioneine in their products," said Ferren. "We'd like to conduct additional research using healthy ageing markers to continue to validate the efficacy of the ingredient in the future" Ferren concluded most brands formulate a suggested daily dose of 5 to 10 mg of L- ergothioneine a day for adults, either in a stand-alone supplement or in combination with other ingredients.

The study "Mushroom consumption and incident risk of prostate cancer in Japan: A pooled analysis of the Miyagi Cohort Study and the Ohsaki Cohort Study", has been published by the International Journal of Cancer and available online.

[17] EFSA Panel on Dietetic Products, Nutrition and Allergies. “Statement on the safety of synthetic l-ergothioneine as a novel food – supplementary dietary exposure and safety assessment for infants and young children, pregnant and breastfeeding women”. EFSA Journal. 2017; 15 (11): 5060.