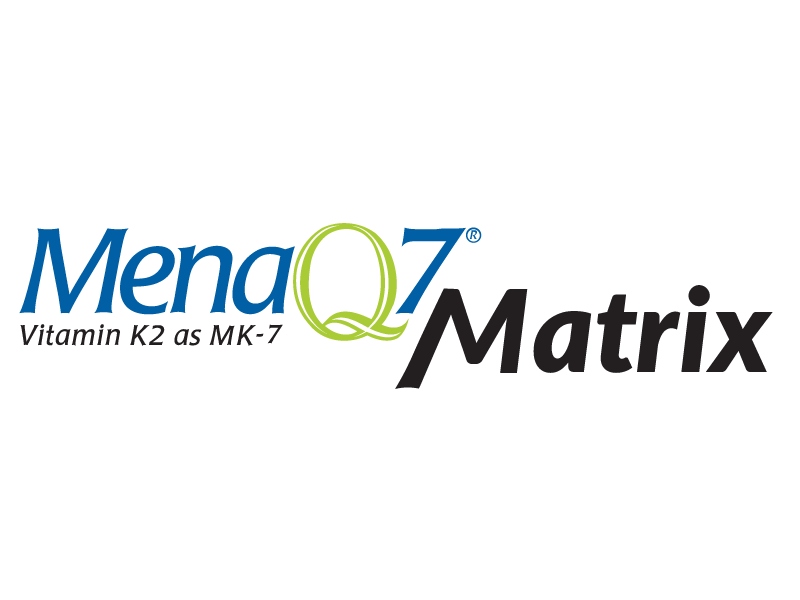 Gnosis by Lesaffre strengthens its position as the leading Vitamin K2 as MK-7 supplier by introducing SupplySide West attendees to MenaQ7 Matrix: a combination of its premier MenaQ7 Vitamin K2 as MK-7 brand delivered in its award-winning Matrix K2 enhanced protective technology.

Ensuring the stability of menaquinone ingredients can be as complex as the finished product formulations that brand owners are conceiving – research shows that moisture and mineral salts are critical variables for degradation, driving the need for a protective technology to shelter the menaquinone molecules during shelf life.

Launched in December 2021, Matrix is the result of a proprietary technology that protects the particles of MK-7 with no coating, additives, or additional ingredients, providing a less cumbersome and more predictable formulation process for complex K2 products.

“Stability is a constant issue facing commercial partners who desire to create complex vitamin K2 formulations. that process is now more efficient because the Matrix technology embeds the K2 as MK7 particles in the product, thus leading to faster market introductions,” sais Xavier Berger, Global Market Manager with Gnosis by Lesaffre. “Matrix was explicitly developed for Vitamin K2; it is not an adaptation of an existing technology previously utilised for other ingredients. Our team has worked extensively to ensure that our innovation was truly unique to the market, and, most importantly, that it would have a tremendous impact for those with a vision for what the market needs.”

According to the scientific panel of experts judging the NIE Awards: “Solving the challenge of making vitamin K stable, especially in complex formulas, is something that should be appreciated by formulators and manufacturers … [Gnosis by Lesaffre] described in detail the chemical and physical properties of the K2 Matrix demonstrating good dispensability and bioavailability compared to other forms.”

Solving the challenge of making vitamin K stable, especially in complex formulas, is something that should be appreciated by formulators and manufacturers

Matrix enables cost-effective manufacturing, as improved stability and homogeneity reduce the need for overages, and clean label, as this natural protection requires the shortest list of ingredients with no additives.

What is truly exciting is the announcement that this technology will be applied to Gnosis by Lesaffre’s premier MenaQ7 Vitamin K2 as MK-7 brand.

“Gnosis by Lesaffre is a guarantor of quality in all that we do, which is why MenaQ7 is such an important piece of our portfolio. The MenaQ7 brand carries a stellar reputation built upon an unprecedented body of clinical evidence and patents, produced to the highest quality standards,” says Marc Philouze, General Manager with Gnosis by Lesaffre. “Applying the Matrix protective technology to MenaQ7 ensures a smoother process for formulators to bring any product concept they can conceive to life. More importantly, it ensures that consumers receive the clinically validated benefits they rightfully expect.”

MenaQ7 K2 Matrix will be a centerpiece of Gnosis by Lesaffre's SupplySide West booth 4652.