Calcification is a dangerous process that results from a vitamin K2 deficiency. When bodies do not have enough K2, calcium does not bind to the bone mineral matrix. Rather, it deposits in arteries and soft tissues where it increases cardiovascular risks. 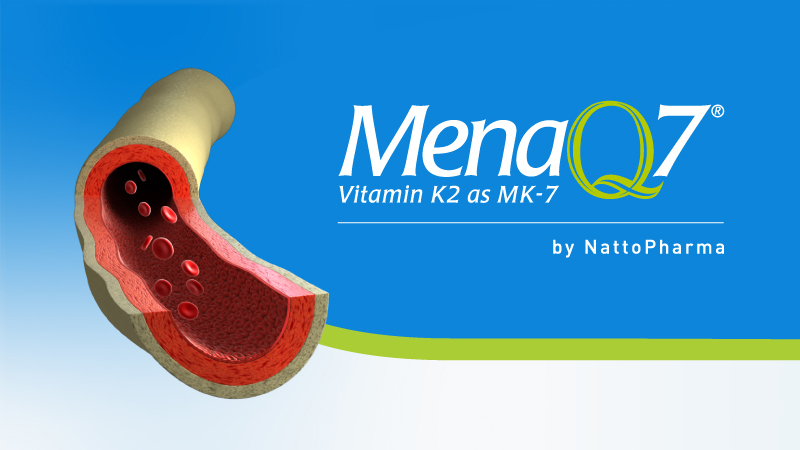 But one Vitamin K2 – MenaQ7® – is clinically proven to safely and effectively protect arteries from dangerous calcium deposits, resulting in approved structure function claims and a wide range of patents awarded, including for cardiovascular health.

What is the Calcification Curve?

Arterial stiffness is an independent cardiovascular risk that increases with age and can be measured by Pulse Wave Velocity (PWV). PWV increases throughout everyone’s lifespan, typically from about 5 in our 30s to around 10 in our 60s, with men increasing annually at more than two-times the rate if women.1

While this increase is believed to be inevitable, clinical trials with MenaQ7® Vitamin K2 as MK-7 supplementation show arterial stiffness was stopped and even reversed. Both trials used 180 mcg daily in healthy populations, and delivered outstanding results, including a decrease in PWV measurements compared to the placebo group:

Using ultrasound and PWV measurements (recognised as standard measurements for cardiovascular health), researchers determined that carotid artery distensibility was significantly improved for a 3-year period in the MenaQ7® group as compared with that of a placebo group, especially in women having high arterial stiffness. Also, PWV showed a statistically significantly decrease after 3 years for the Vitamin K2 (MK-7) group, but not for the placebo group, demonstrating an increase in the elasticity and reduction in age-related arterial stiffening, again, especially in women having high arterial stiffness.

Arterial stiffness was concluded from the carotid-femoral pulse-wave velocity (cfPWV), and other vascular characteristics were measured by echotracking of the common carotid artery. In the total study group, MK-7 induced a significant decrease of both dp-ucMGP and cfPWV. It was concluded that high vitamin K intake decreased age-related vascular stiffening (consistent with outcomes in two previous 3-year studies), but this is the first time that vascular effect was observed within one year of treatment.

Most importantly, no other compound – or K2 – has been shown to impact arterial stiffening the way that MenaQ7® Vitamin K2 as MK-7 has, which is why the medical community is now conducting its own trials to explore K2 as MK-7 as a potential therapy for patients who express intense calcification as part of their respective conditions.

MenaQ7® K2: the key to breaking the vascular calcification curve.