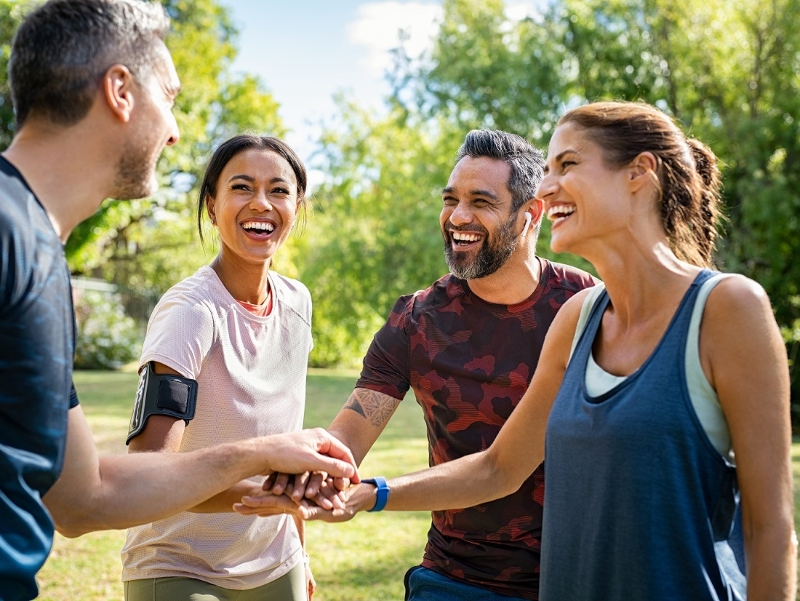 A key function revealed in the research was significant reduction in the stress hormone cortisol, coupled with positive changes in the gut microbiome, interacting along the full continuum of what is now called the “Gut-Immune-Brain” axis.

Created by Israeli biotechnical company Solabia-Algatech Nutrition, AstaPure Arava is a whole-algae ingredient of Haematococcus pluvialis and a unique source of minimally processed, unrefined natural astaxanthin source that also contains all of the vital nutrients naturally found in microalgae.

It is a full-spectrum microalgae complex, providing 3 per cent astaxanthin, 50 per cent polysaccharides and dietary fibers, 28 per cent lipids, 14 per cent proteins, and a variety of B-complex vitamins and trace minerals. Multiple studies have shown that astaxanthin and other compounds in H. pluvialis deliver an impressive variety of health supporting advantages.

Astaxanthin is one of the most powerful and bioavailable antioxidants known, and H. pluvialis algae is the most concentrated natural source of astaxanthin. Astaxanthin is able to cross the blood-brain barrier and blood-retinal barriers. It can reach cells throughout the body, including the retina, muscle, and skin. Due to its unique structure, astaxanthin helps protect cells from both internal and external oxidative stressors, supporting general health and well-being.

In the current, double-blind placebo-controlled study, the effects of the dietary supplementation of AstaPure Arava on upper-respiratory tract complaints (URTCs) and psychological mood state were examined on fit adult male and female recreational runners experienced in training and competing for half-marathon to marathon-distance. Since physical activity puts specific stressors on the muscles, organs, brain, and mind, athletes and similarly active adults are especially good models for showing the beneficial effects of dietary supplements on the immune system and stress.

Subjects took either 8 mg of AstaPure Arava or a placebo (maltodextrin) daily for three weeks before, and one week following, a competitive marathon or half-marathon. The 32 subjects (16 male, 16 female) who finished the study completed a profile of mood state psychological assessment and a health log questionnaire assessing health status and URTCs, plus provided saliva and fecal samples for measurement of cortisol and microbiome balance.

Subjects in the AstaPure Arava group reported significantly fewer URTC complaints and better overall sense of well-being. In the supplement group the total number of URTC symptoms reported such as cough, sore throat, sniffles, stuffiness, etc., were 78 per cent lower compared to placebo, while the Global Mood State (i.e. “overall well-being”) was improved by 14 per cent compared to no change in the placebo group.

Cortisol, the primary stress hormone related to both mood and immune function, was reduced at the end of treatment in the supplement group. It was also 25 per cent lower than the placebo group. There was no significant difference in overall microbiome indices following the endurance run. However, following supplementation, Streptococcus thermophilus values were 72 per cent higher in the AstaPure Arava group, suggesting improved immune system regulation.

Excessive training is known to suppress immune system vigilance and increase susceptibility to many disease states, including upper respiratory tract infections. In addition, chronic overload cause psychological stress and deteriorations in mood state. “Athletes building up for an endurance competition such as a half-marathon or marathon are exposed to strenuous physical and mental conditions,” said Shawn Talbott, PhD, Chief Science Officer at Amare Global Research and co-author of the study, published 24 August, 2022 in EC Nutrition. “The one-to-two-week period following intense endurance competition represents a period of particularly elevated susceptibility to immune deficiency and psychological stress.”

“These results suggest that AstaPure Arava could help improve the immune system’s acuity and improve the overall sense of well-being following stress conditions,” said Dr Solli Brawer, Chief Scientific officer of Solabia-Algatech Nutrition. “The lower cortisol and superior microbiome parameters suggest that immune vigilance and mental well-being are linked through the microbiome and stress response pathways. This research also adds to the growing scientific literature supporting the amazing arsenal of benefits astaxanthin together with other algal compounds, confers to our physical health and mental wellness.”