The war on packaging waste is fought on many fronts in the beverage industry – from the manufacturers of packaging materials to the bottler. KHS is helping to develop new standards in this field, from which beverage producers and consumers alike are set to profit, writes Packaging Product Manager, Karl-Heinz Klumpe 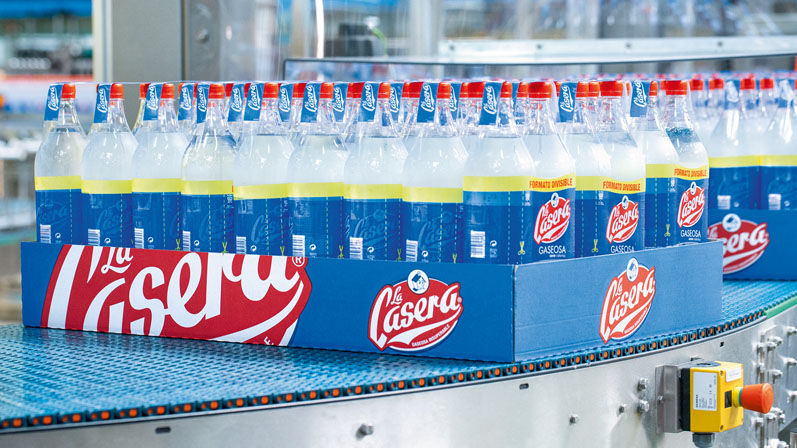 The way to produce ever more sustainable primary and secondary packaging involves two major lines of approach: recycle and reduce.

The first requires that packaging materials are kept in constant circulation by being reclaimed, processed and continuously reused. The second entails finding many different ways of using less and less packaging material to save on resources and avoid waste.

“The greatest challenge for us is the processability of the packaging materials,” says Karl-Heinz Klumpe, Packaging Product Manager for KHS in Kleve. He explains what he means in the following example: “Shrink film made of recycled plastic demonstrates very different shrinking properties versus film made of new material. As an engineering company, we can’t provide all the answers ourselves but instead have to co-ordinate closely with the film manufacturers.”

To this end, KHS is staging a number of workshops this year. These aim to find out how the percentage of recyclate in film — as stipulated by the new German Packaging Law, for example — can be increased. “You make a few changes to the chemicals or recipe of your film and we adjust the air fl ow or temperature accordingly,” is how Klumpe loosely summarises the topics up for discussion.

“Providing that there’s a standard of quality which is accepted by the big bottlers’ marketing departments, of course. With film made of 100% recyclate, the shrink results aren’t yet satisfactory. Together, we still have to work out how to close the gap here between recycling requirements on the one hand and the demand for packs of ever increasing quality on the other.”

Another avenue film manufacturers are exploring is to reduce the thickness of their film. “The material’s getting thinner and thinner,” states Klumpe.

“To provide the same stability the materials have to be more and more complex. This has its limitations when used for beverage packaging: below a thickness of 35 microns, it’s possible that the price per kilogram for film then again rises. When it comes down to it, neither bottlers nor their customers want to pay for this.”

Klumpe realizes that the desire for greater sustainability is often rooted in aspects of economy rather than ecology. “Everything we do to reduce the amount of material used primarily has a financial motive and aims to cut costs for bottlers."

"Or – if we’re talking about recycling – film manufacturers of course have to continue to develop and adapt so that their business model can be further maintained even in the face of stricter legal requirements.” 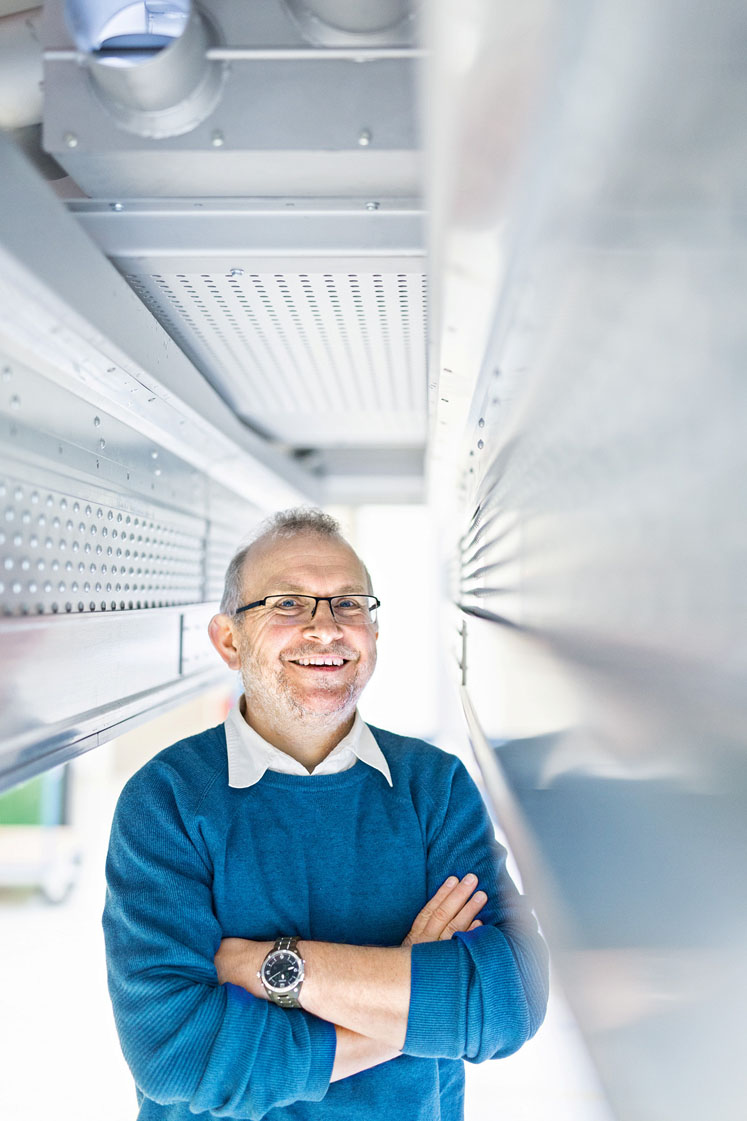 What applies to plastics also applies to cardboard — especially when it comes to reducing the amount of material used. Paper factories are experimenting with thinner cover layers and lower ridges in the manufacture of corrugated cardboard.

“The stability and durability are OK,” assures Klumpe. “However, we have to answer the question of how suitable these materials are for use with machinery. What happens when the cardboard absorbs moisture? If the cardboard is thicker on the outside than the inside, it bends rather like a bimetal and can only be processed on machines with certain restrictions or not at all. What can we do to counteract this?”

In terms of recycling less attention is paid to cardboard than to plastic. Yet here, too, the reuse of this material is an issue, for example in how far print can affect the recyclability of the paper.

KHS is itself also experimenting with new packaging materials. For instance, a manufacturer from Sweden recently approached the company with a newly developed, award-winning cardboard looking for partners for a market launch. “Our top requirement is that we can be sure that we can process the cardboard without any problems,” Klumpe stresses.

The packaging experts in Kleve are also in constant dialog with the manufacturers of adhesives and adhesive application systems. “Here, we explore how we can avoid having to heat the glue so intensely or how we can reduce our consumption of adhesive,” says Klumpe.

“We’re now applying smaller and smaller dots of adhesive as opposed to the diamond shapes we used to use.” All told, sustainable product innovation is a constant process that KHS is undergoing with both proven and new partners. The focus is always on the question of which approach can be adopted to save on materials, time and energy on the machines.

One example of how energy can be saved is the shrink tunnel with porous gas burners. To heat the air, KHS has decided not to use electricity as the energy transfer medium but to work directly with gas to prevent energy being lost during transport from the producer to the consumer. This saves up to 50% in energy costs and CO2 emissions are cut by as much as 60%.

In the last few years, KHS has also set standards in many other areas with its resource-saving packaging machines. Both Fully-Enclosed FilmPacks and nested and shifted packs have done away with the need for stabilising cardboard pads or trays.

“We don’t need any more cardboard at all here,” smiles Klumpe. “The taut film gives us a good shrink pattern and a sturdy pack.” In a countermove the DisplayPacker has also been developed where large packs are placed directly onto cardboard trays without the need for an extra wrapping of stabilising film.

However, one of the most outstanding examples of how material can be reduced is the Nature MultiPack. In 2018, it was launched as a six pack of cans by the Carlsberg Group under the name of Snap Pack. A few dots of adhesive — developed specifically for this pack — hold the cans together and form a stable carrying handle, making any further packaging material redundant.

Once the new pack format has been fully rolled out, by completely eliminating the use of shrink film for cans, Carlsberg is set to make a plastics saving of up to 76% — that’s more than 1200 metric tons a year. Danone Waters first made use of the Nature MultiPack to launch its prestige PET bottle for Evian in 2016.

“In the development of sustainable packaging, we see ourselves acting as an interface between all those involved and the beverage industry,” Klumpe sums up. “We’re helping to develop new standards that marry ecological demands and legal provisions with bottlers’ economic interests.” A challenge that is sometimes tantamount to squaring a circle.