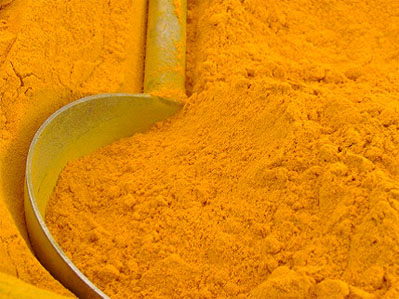 Studies show that the neuropathological hallmarks of Alzheimer’s disease (including beta-amyloid plaques and neurofibrillary tangles) develop decades before symptoms of dementia appear. A growing body of research has identified various integrative strategies that may delay the onset or progression of dementia.

Curcumin is one such compound that has potential neuroprotective effects. This polyphenolic compound, derived from turmeric, has demonstrated anti-inflammatory, antioxidant and possible anti-tau properties.

Animal studies suggest that curcumin may interfere with amyloid plaques and tau tangles, but these effects have not previously been evaluated in humans.

In the first clinical trial of its kind, researchers at the University of California, Los Angeles (UCLA) evaluated the effects of curcumin on memory and brain imaging in non-demented adults.

Cognitive assessments and brain imaging were conducted at baseline and 18 months. Forty adults (aged 50–90) without dementia took Theracumin (providing 180 mg of curcumin/day) or a placebo for the duration of the study.

Theracumin (Theravalues Corp., Tokyo, Japan) is a highly absorbable curcumin that is dispersed with colloidal nanoparticles. Previous studies have shown that it produces a 27-fold higher area under the blood concentration-time curve when compared with standard curcumin powder.

Results showed significant improvement from baseline to 18 months in the curcumin group in verbal memory (based on the Buscke SRT Consistent Long-Term Recall) but no significant change in the placebo group.

The between-group effect size was determined to be 0.68. When compared with the placebo, curcumin also improved visual memory (based on BVMT-R Recall) and attention.

FDDNP binding was reduced in the amygdala and hypothalamus by curcumin when compared with placebo. This reduced binding is consistent with the findings of cognitive improvement.

Previous studies have shown that higher FDDNP binding in areas that control thinking and memory is associated with lower cognitive performance in non-demented adults.

This study was the first long-term, double-blind, placebo-controlled trial of a bioavailable form of curcumin in nondemented adults. The results suggest that daily intake of 180 mg of curcumin per day for 18 months provides cognitive benefits, potentially as a result of curcumin’s anti-inflammatory or anti-amyloid effects in the brain.