A growing body of evidence continues to strengthen the case for fucoidan as a promising candidate in the development of new materials for use in the medical device sector, explains Dr Helen Fitton, Chief Scientist at Marinova 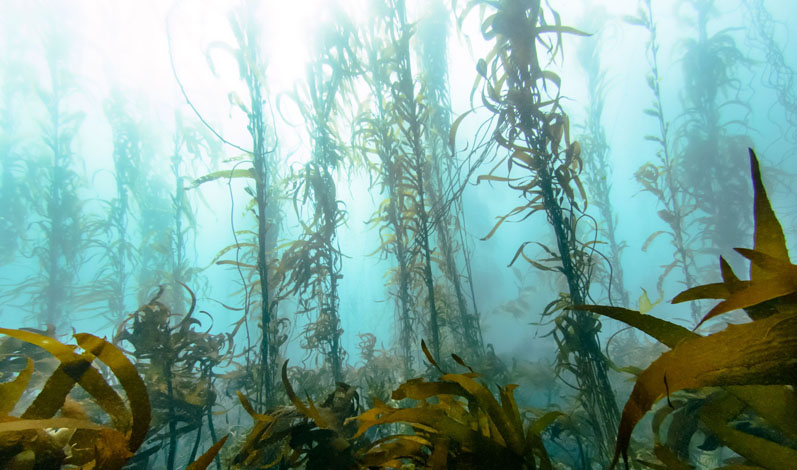 The skin is the human body’s largest organ and serves to protect it from external stresses and pathogens. When an injury to the skin occurs, the body activates a complex cascade of healing processes to repair the injured tissues.

This dynamic mechanism involves cellular, molecular and biochemical responses, as well as a range of signalling processes that are triggered in sequence. Wound healing is one of the most complex biological processes that occurs in the body.

Wound treatment remains a major healthcare issue. Each year, global healthcare systems are inundated with a staggering number of wounds, injuries, burns, ulcers and surgeries — all of which require medical treatment.

Effective wound dressings that are affordable and easy to apply remain in demand. Modern bandages not only cover wounds, but may include active substances that promote the wound healing process.

These can include synthetic or naturally occurring substances that provide mechanisms of anti-inflammatory, antimicrobial, immune-stimulating or analgesic support.

Sulphated polysaccharides from marine algae exhibit exciting potential to support wound healing. These naturally occurring biopolymers found in seaweed have a range of potential properties that may benefit the skin healing process.

In addition to their potential applications, their non-toxicity, bioavailability and lack of side-effects makes them all the more appealing. Research into fucoidan, a long chain polysaccharide found in brown seaweeds, demonstrates possible utility in a range of innovative biomedical applications. 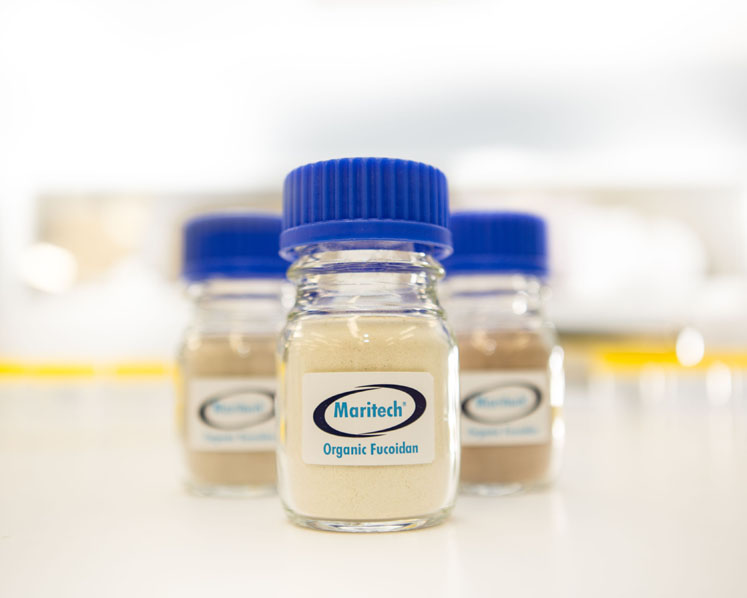 The topical effects of two purified and well-characterised Maritech fucoidan extracts are of great interest in terms of their potential wound healing activity.

In an Australian study, fucoidan extracts from Undaria pinnatifida and Fucus vesiculosus both demonstrated marked inhibitory effects on processes linked to skin ageing, including the increased expression of SIRT1 in vitro.1

In a clinical study on UV-induced erythema, a Fucus vesiculosus fucoidan extract with a high polyphenol content demonstrated additional in vitro antioxidant activity compared with a placebo, as well as beneficial soothing and protective effects.

Numerous studies into composites including fucoidan also show great promise for functional wound dressing applications.3 These include hydrogels and chitin-fucoidan composites that help to create a moist environment in which healing can occur.

Fucoidans have attracted considerable attention since it was discovered that they possess in vitro anticoagulant activities that are similar to those of heparin.4

They also exhibit anti-inflammatory, antitumour, antithrombotic and antiviral properties.5 Many of these effects are thought to be derived from interactions with growth factors, suggesting that fucoidan may be able to modulate growth factor-dependent pathways in tissue repair.

The repopulation of wounds by fibroblasts from the surrounding dermal tissue is essential for wound healing.

In an in vitro wound repair model examining the interaction between fucoidan and transforming growth factor (TGF)-β, fucoidan modulated the effects of TGF-β on dermal fibroblasts and restored the rate of fibroblast repopulation.6

An innovative Australian research group continues to focus on the properties of polyelectrolyte multilayers (PEMs), strengthening the case for fucoidan as a promising candidate for the development of new materials for use in medical device and wound healing applications.

Researchers used Maritech fucoidan extracted from Fucus vesiculosus to create a unique PEM.7 They found that the molecular weight of the fucoidan greatly altered the structure of the PEM, affecting hydration, elasticity and thus the capacity for small molecules to move through the material.

The most recent study by this group investigated the interaction of PEMs with fibroblast growth factor-2 (FGF-2), a signalling protein that is commonly studied as a model growth factor in studies for wound healing applications.8 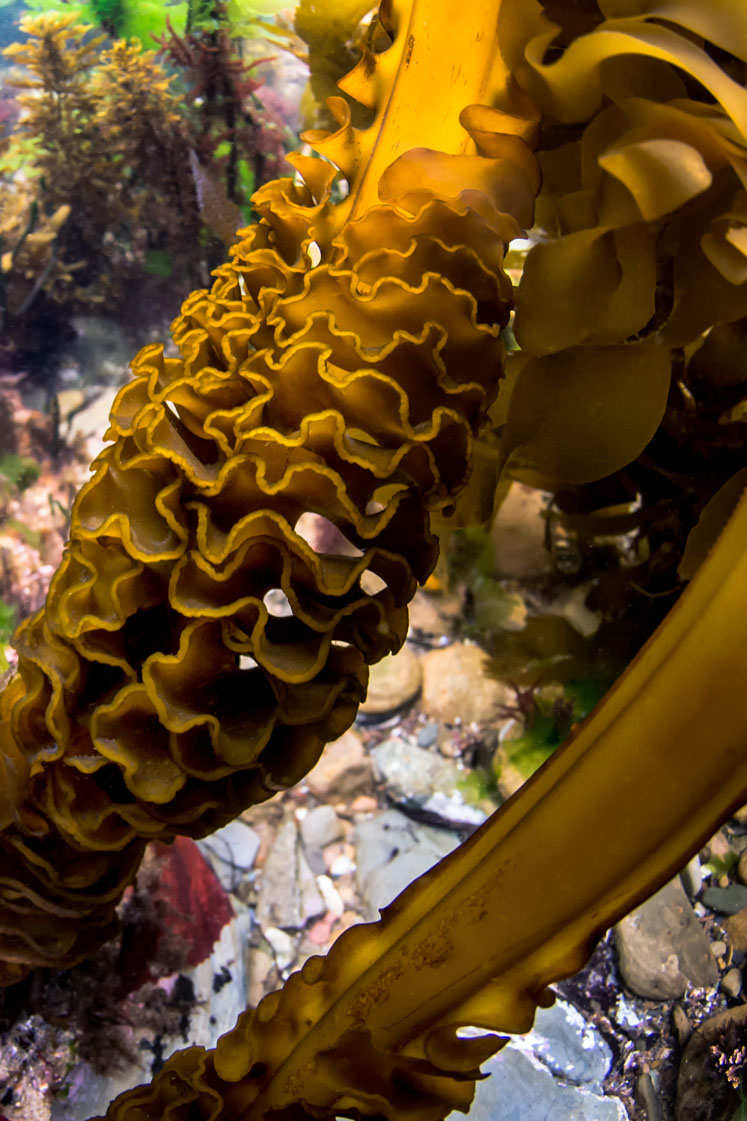 The results demonstrated the successful inclusion of FGF-2 into a stable multilayer, shedding new light on the pathways by which future wound healing systems might be developed.

Wound healing is heavily compromised by infection. The potential for fucoidan to inhibit bacterial adhesion, biofilm formation and to inhibit virulence in pathogens may be particularly useful in maintaining sterility during the wound healing process.

A study utilising an animal infection model showed that fucoidan enhanced the up-regulation of key immune responses.9 Biofilm formation and the motility of pathogenic bacteria were also greatly attenuated by the presence of fucoidan.

The ingestion of fucoidan has been shown to increase the antipathogenic activity of granulocytes and macrophages in healthy people.10 This systemic activity may also be useful during wound healing.

Fucoidan may be of particular benefit in the inflammatory stage of wound healing. During this process, macrophages and neutrophils are activated (amongst other complex biological responses).

Inflammation is a necessary part of wound healing; but, when uncontrolled, it may inhibit the complete process. Chronic wounds are characterised by persistent inflammation and the decreased production of growth factors.11

The selectin blockade mechanism of fucoidan has been widely reported and reviewed.12 Fucoidan has been shown to reduce the potential for systemic inflammation; and, in animal studies, it has been demonstrated to inhibit selectin-induced inflammatory processes.13

Fucoidans have also been shown to promote the maturation of dendritic cells, activate NK cells and promote cytotoxic activity.14 These activities are valuable in modulating inflammation and supporting immune protection of the wound site.

Inhibiting the binding of pathogens

A number of studies demonstrate the ability of fucoidan to inhibit the binding of pathogens. Maritech Undaria pinnatifida fucoidan has been shown to be a potent inhibitor of clinical strains of the herpes simplex virus by preventing entry into cells.

Additional research demonstrates that orally ingested fucoidan may protect against the infection of HSV1 and increase the production of viral antibodies.17 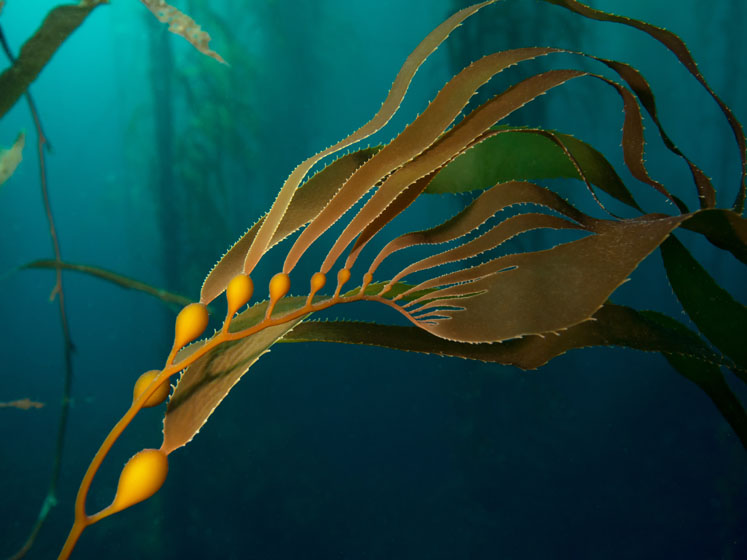 The therapeutic potential of fucoidan fractions has also been evaluated for the development of antibacterial agents against human and animal pathogenic bacteria.18

Antibacterial activity was recorded against common disease-causing pathogens such as Pseudomonas aeruginosa and Staphylococcus aureus. The findings suggested that fucoidan encompasses significant antibacterial properties and has potential as an adjunct therapeutic agent to control bacterial disease.

The management of infection via natural compounds such as fucoidan is of real interest. Indeed, during the past few decades, knowledge has accumulated about the use of marine algae polysaccharides as a therapeutic basis for wound dressings.19

An investigation into fucoidan as a support for antibiotic immobilisation demonstrated how it could be used in controlled drug delivery systems.20 Fucoidan was shown to be a water-soluble support for the antibiotics gentamicin and amikacin.

The study suggested derivatives may be proposed for controlled drug release systems. Recent research has also shown that fucoidan can be used as an immobilisation agent for the controlled release agent of FGF-2.8 Fucoidan shows considerable promise as a depot agent for the release of active agents into wounds.

Fucoidan incorporated into collagen films can be used as a therapeutically active biomaterial to speed up the wound-healing process. A Polish study investigated the effect of fucoidan on organic chicken skin subject to a burn incident, finding that fucoidan binds with the burn-damaged collagen and forms a polymer on the skin surface.21

Human clinical research into UV-induced erythema (a minor radiation effect) showed that topical fucoidan preparations were beneficial when administered either pre- or post-exposure, providing amelioration of erythema and water loss.1

The wound healing properties of fucoidan-containing seaweeds have been well known and used in wound treatment for centuries.19

As unique technology now supports the isolation and purification of bioactive fucoidan extracts, an expanded range of practical and potential applications for various types of wound healing applications is emerging.

Exciting opportunity exists to incorporate fucoidan into wound healing applications to support successful healing. The search for novel dressings is far from complete and further research in this space is expected as clinicians and biotechnologists work together to redefine the future of wound care.