A randomised, double-blind, placebo-controlled study has shown that daily supplementation with mixed-carotenoids protects human skin against both UVB-induced erythema and UVA-induced pigmentation 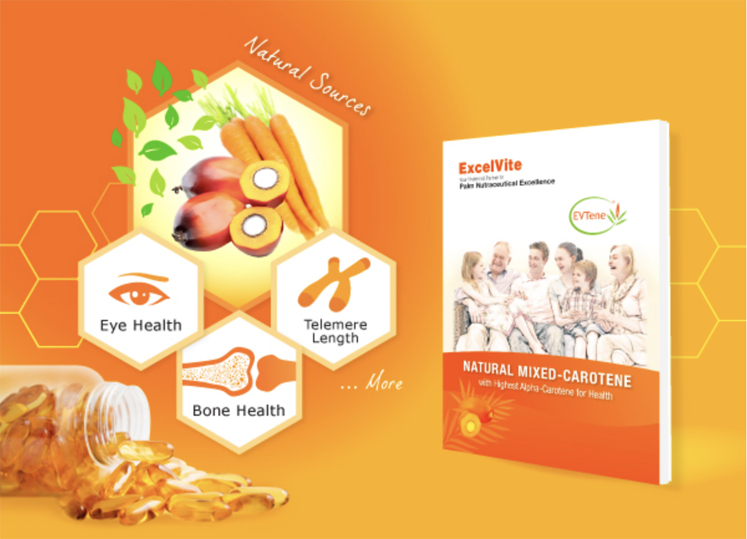 The study was conducted at the Leibniz Research Institute for Environmental Medicine, Germany, in collaboration with Amway Corporation and published in the journal of Photodermatology, Photoimmunology & Photomedicine.

Sixty volunteers were randomised into two groups: (i) multicarotenoids supplement containing 4.25 mg of β-carotene and 1.10 mg of α-carotene (from EVTene), 1.12 mg of lutein, 0.053 mg of zeaxanthin, per softgel, or (ii) placebo.

The supplements were taken three times a day with meal.

After 12 weeks of supplementation, the minimal persistent pigmentation dose (MPPD) of each volunteer was assessed (NB: the increase in MPPD reading indicates increased protection against UVA-induced skin pigmentation).

MPPD was determined by visual grading 20-24 hours after irradiation with a Dermalight 80 MPD test and the minimum PPD dose is defined as the smallest UVA dose required to produce brown pigmentation.

Besides measuring the UVA (320-400 nm) radiation, this study also measures photoprotective effect of carotenoids against UVB (290-320 nm) radiation by measuring minimal erythema dose (MED). MED is the minimal amount of energy required to induce visible erythema (redness of the skin), which can be defined as a uniform, clearly demarcated redness at 16-24 hours after UV exposure.

In addition to that, the study conclusively demonstrated that nutritional supplementation with carotenoids complex, is associated with a significant increase in carotenoids levels in human skin

The carotenoids level in the skin was measured by Biozoom Scanner that uses Multiple Spatially Resolved Reflection Spectroscopy (MSRRS) to precisely measure carotenoid level on the thenar eminence (a group of muscles at the base of the thumb) of the palm of the hand, before and after the supplementation.

This group of researchers further indicates that future clinical work is warranted to address the extent of nutritional supplementation with carotenoids in mitigating or preventing clinical consequences of UVA irradiation beyond skin pigmentation such as photoaging and photocarcinogenesis.

“Increased skin pigmentation due to UVA radiation is now a cosmetic concern to public. It is now generally accepted that protection of human skin must include protection against both UVA and UVB radiation."

"Although there are past studies that showed supplementation of carotenoids like beta-carotene could provide photoprotection, this is actually the first study that demonstrates the efficacy of wholesome natural mixed-carotenoids complex against both UVA and UVB radiation,” says Bryan See, Business Development Manager of ExcelVite.

“It is worth to note that this RCT was done with healthy subjects who were not following any dietary restriction. Hence, the results from this study is relevant to the general population. With such a hectic lifestyle, it might be difficult for one to get enough carotenoids on a daily basis."

ExcelVite’s EVTene is a natural mixed-carotene extract containing high level of alpha- and beta- carotene with low level of other carotenoids such as gamma-carotene and lycopene (similar to carrots)."

"It can be formulated with other carotenoids such as lutein, zeaxanthin and lycopene to produce a wholesome and synergistic multicarotenoid complex for various type of food/beverage products as well as dietary supplement formulations. Hence, providing a convenient way to acquire sufficient level of carotenoids in our diet,” added Bryan.