Oral EVNol supplementation protects against retinal degenerative changes, as demonstrated in an in vivo study published in the journal Biomolecules 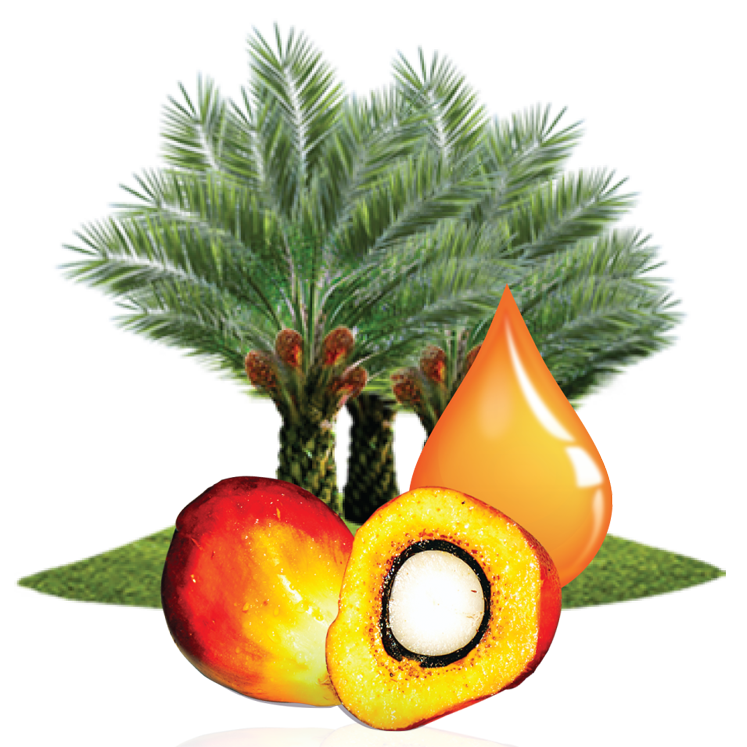 Diabetic retinopathy (DR) is one of several diabetes related complications and now is the leading cause of new onset blindness among individuals aged 20–64 years old.

Indicators of retinal degeneration in DR include reduction of retinal layer thickness (RLT) and retinal cell count and also an increase in retinal cell apoptosis (Figure 1). 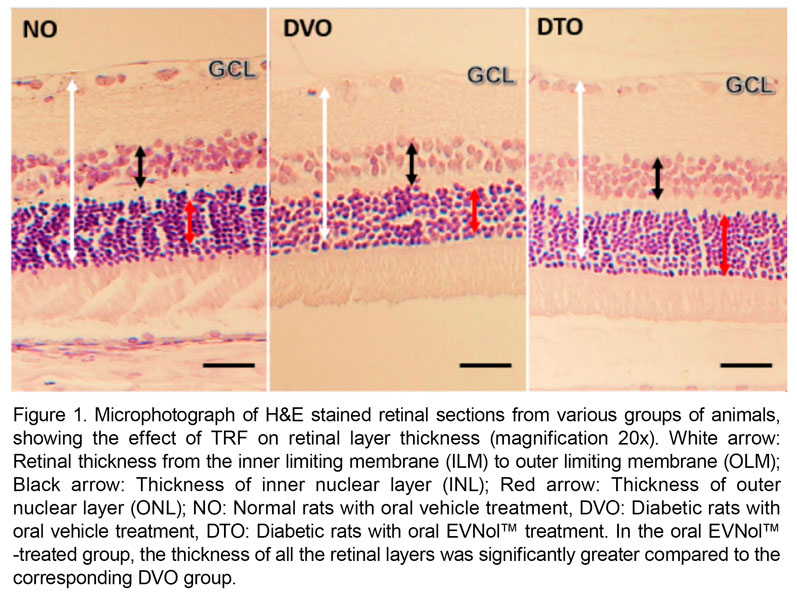 After 12 weeks of treatment, morphological and biochemical analysis on the rats’ eyeballs were conducted. The thickness of all retinal layers was significantly lesser in diabetic rats compared to normal control rats, indicating the degeneration of retinal has occurred.

However, in the oral EVNol-treated group, the thickness of the retinal was significantly greater compared with the corresponding diabetic control groups (oral).

In term of retinal cell count and retinal cell apoptosis, a significantly lesser number of apoptotic cells was observed in the ganglion cell layer of the oral EVNol-treated group compared with the corresponding diabetic control group of oral. 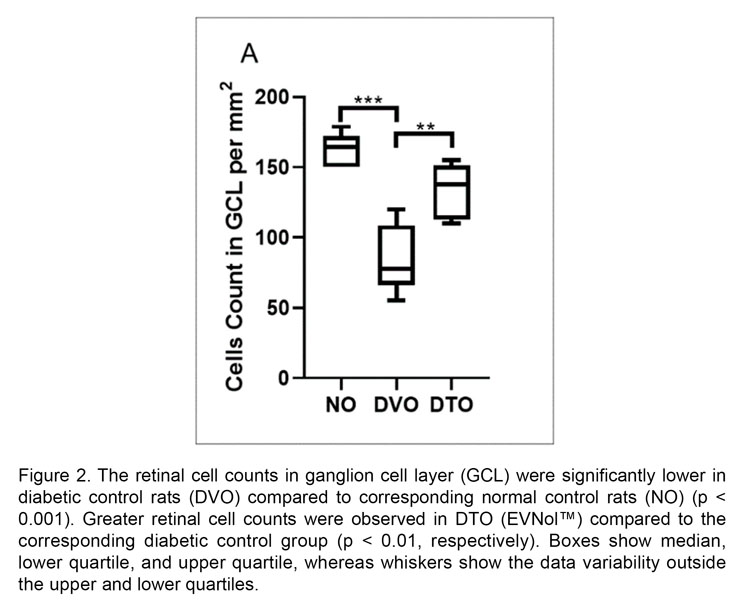 This study also measured the expression of vascular endothelial growth factor (VEGF). One of the important pathological features of DR is angiogenesis.

Increased expression of VEGF, an angiogenic protein, is associated with diabetes-induced oxidative stress and neurodegeneration. Significantly lower retinal VEGF expression was observed in diabetic rats treated with EVNol orally administered, as compared with the diabetic rats without treatment.

The topical treatment of EVNol, however, did not show as much efficacy as the oral treatment. It was deduced in the experiment that orally administered tocotrienol is able to efficiently penetrate the blood-retinal barrier (in the same way that it crosses the blood-brain barrier) and exerts its effect on the retina.

The researchers further explained that the relative lack of effect of the topically treated group might be attributed to its poor penetration through multiple anatomical and physiological barriers to reach the retina.

Further study is needed to investigate other protective mechanisms of EVNol on diabetic retinopathy and an improved formulation for topical TRF is warranted.

“It is vital to search for the right remedy to help delay diabetic complications, such as diabetic retinopathy. This is the first study to demonstrate the effect of EVNol against STZ-induced diabetic retinopathy in rats. I’m pleased to read that the effect is primarily prominent and significant with oral ingestion of EVNol,” says Bryan See, Business Development Manager of ExcelVite.