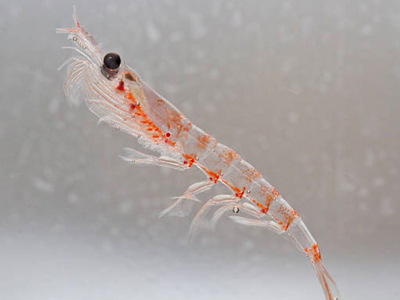 Rimfrost AS is a Norwegian biotechnology company which supplies its Rimfrost Sublime krill oil to the world's food supplement markets. The company is experiencing increasing sales and market share growth, especially the USA and Europe. The strategy of Rimfrost is now to expand into China and offer a high quality krill oil with superior color and viscosity which meets the regulatory requirements of Chinese authorities. As a first step Rimfrost has been successful in obtaining regulatory approval from the National Health and Family Planning Commission (NHFMC).

The National Health and Family Planning Commission in China has accepted Rimfrost's krill oil application. For purposes of receiving regulatory approval, Rimfrost Sublime krill oil has been shown to be substantially equivalent to approved krill oil in China based on evaluations from an experts' review committee for novel food.

"We can offer a product with superior quality which we know is well received by discerning consumers", says John Cameron, CEO, Rimfrost NZ. "We believe the timing to enter the Chinese market is perfect. It has been announced that China and Norway shall resume negotiations regarding a free trade agreement between the countries. With our competitor Aker Biomarine abruptly and unilaterally withdrawing its ITC patent complaint against us in the United States we can now focus on developing the US market and others, such as China", says Dr. Inge Bruheim, Chief Scientific Officer, Rimfrost AS.