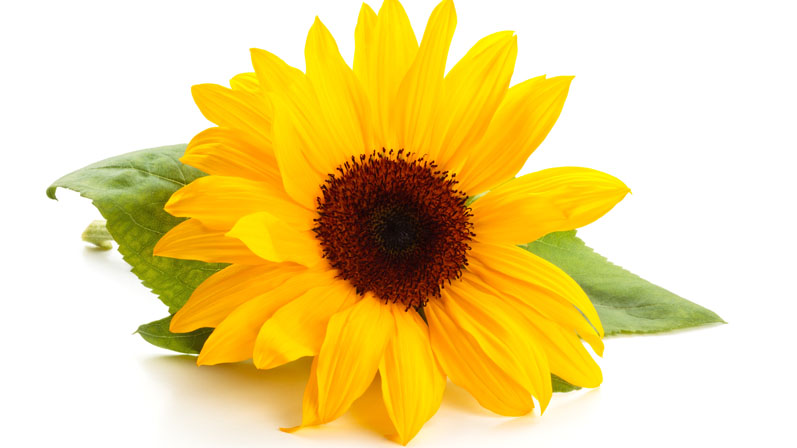 Obesity and, in certain instances, being overweight are considered to be high-risk conditions for developing associated diseases such as diabetes, hypertension, arthritis, atherosclerosis and cardiovascular diseases.1 Certain types of cancer have also been associated with the prevalence of comorbid illness and physical disabilities.

The management or treatment of overweight and obesity currently relies on diet, physical activity and lifestyle changes, and/or surgery or allopathy in some cases. However, most synthetic allopa-thic molecules failed to reach the market or have been withdrawn because of their serious side-effects. Moreover, owing to their high cost, natural, safe and “low-cost” alternatives must be con-sidered.

As described above, weight management, owing to rising numbers of overweight and obese people, has become an increasingly serious global problem and remains an important market for food supplements. Because it has been demonstrated that obesity is linked to the risks of developing associated diseases, Vidya Herbs aims to offer a solution with dual activities, including the reduction of risk factors and/or improvement of metabolic parameters.

A natural ingredient from sunflower seeds

SUNCA is a sunflower (Helianthus annuus) extract containing no less than 40% chlorogenic acids and more than 50% total polyphenols … and has been developed for weight management using soft extraction technologies. SUNCA benefits from our internal quality system, guaranteeing total traceability, sustainability and transparency from the field to the final product. It has been stated by some European Health Ministries that SUNCA is not a Novel Food.

Cell lines and enzymatic experiments have shown that SUNCA has three concomitant and com-plementary physiological effects. These mechanisms of action are based on the inhibition of fat absorption and accumulation, and the activation of fat metabolism.

For example, cell line experiments demonstrated that SUNCA suppressed lipid accumulation in 3T3-L1 adipocytes, suggesting that it inhibits adipogenesis in 3T3-L1 cells. This inhibition has been investigated and it has been shown that SUNCA inhibited, depending on the dose, peroxisome proliferator-activated receptors (PPARs) α and γ.

These inhibitions have been studied by virtual screening that showed how chlorogenic acids (CGAs) interact with PPARs. Another cell experiment showed that, depending on the dose, SUNCA activates AMPK through free fatty acids and the reduction of triglyceride accumulation.

The inhibition of α-amylase and β-glucosidase enzymes is particularly useful in postprandial glycaemic control.

To demonstrate its efficiency on weight management and the improvement of metabolic parameters, a clinical trial was conducted in Spain. The aim of this randomised, placebo-controlled, double-blind, parallel group clinical study was to evaluate the clinical effects of the sunflower (Helianthus annuus) seed extract SUNCA supplement on the weight and body composition of obese adults.

A total of 50 subjects of both sexes were randomly assigned to active or placebo groups, receiving a 250 mg capsule of SUNCA or a placebo, respectively, twice a day (one before breakfast and one before lunch) for 12 weeks.

At the end of the intervention, a significant decrease in body weight, body mass index (BMI) and waist circumference (WC) was observed, especially in women older than 30 years of age. A change in body composition related to fat mass and a decrease in blood cholesterol were also observed.2

More precisely, at the end of the study, a comparison between the groups revealed that SUNCA consumption for 12 weeks significantly reduced both BMI and waist circumference by 2.60 cm and 8.44 cm, respectively, whereas the placebo reductions were 1.88 cm and 4.75 cm, respectively. Body weight was also reduced by 6.90 kg in the SUNCA group compared with 5.53 kg in the placebo group, consisting of a 6.8% and a 5.7% reduction, respectively.

A significant difference was found between the two groups in terms of weight loss. SUNCA subjects lost 7.28 kg compared with 5.71 kg for the placebo users; that is, a reduction of 7.2% and 5.9% initial weight, respectively. Moreover, body composition was also significantly modified through the reduction of fat mass and percentage fat: -5.26 kg and -2.69% for the SUNCA group compared with -4.02 kg and -2.00% for the placebo group.

For women older than 30 years of age, a significant improvement in muscle mass/fat mass ratio was observed in the SUNCA group (+0.14) compared with the placebo group (+0.09) (Figure 1). A reduction in blood cholesterol and triglycerides was also observed, supporting the potent action of SUNCA on lipid metabolism (Figure 2). 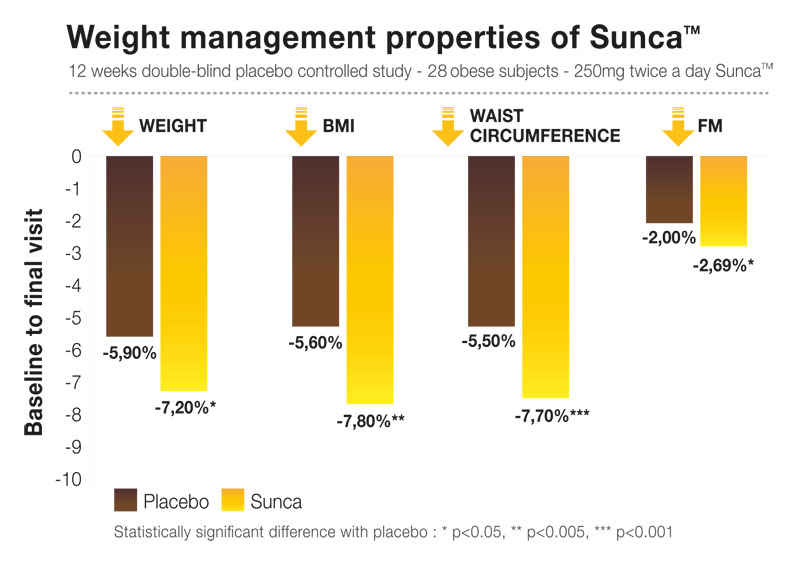 Figure 1: Weight management properties of SUNCA on subjects older than 30

According to the International Physical Activity Questionnaire (IPAQ) results, no significant differ-ence was found in physical activity at baseline and at the end of the study, both within and between the two groups, confirming that the differences between groups in terms of weight loss, waist circumference and blood lipids improvement were not attributed to physical activity. SUNCA was well tolerated and considered to be safe.

The results of this study clearly show that SUNCA efficiently reduces body weight, BMI and waist circumference, and improves fat-related parameters. The effect on BMI and waist circumference is of particular importance regarding the conclusion of the International Day for the Evaluation of Abdominal Obesity, which stated that WC and BMI are strongly correlated with diabetes and cardiovascular diseases.3 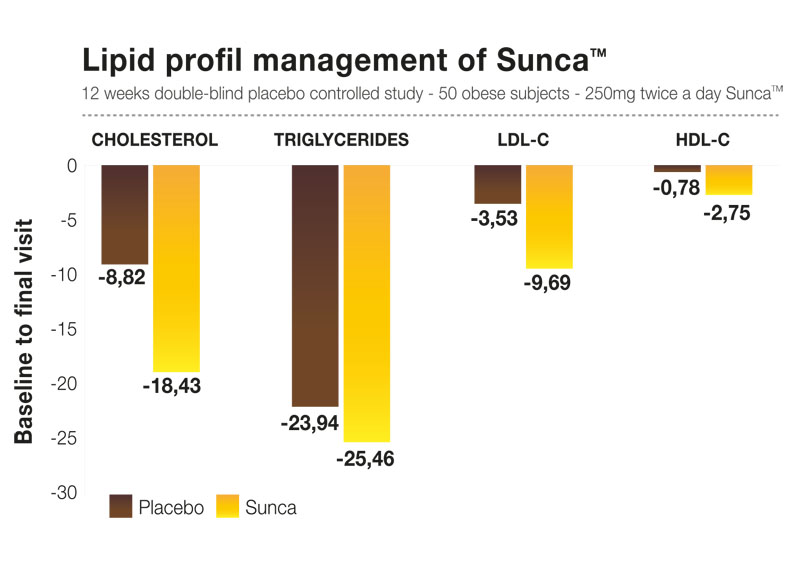 A reduction of 5–10% of initial weight was associated with a decrease in risk factors of obesity associated diseases. A significant loss of fat mass was observed for subjects older than 30 years of age along with a significant improvement in the lean-to-fat mass ratio for women older than 30.

During this trial, by using multivariate regression and generalised estimating equation (GEE) analysis, it has been proven that the changes in body weight were strongly associated with changes in fat mass. For all subjects, fat mass was found to be strongly correlated with weight reduction, as indicated by the model (Wald Chi square 1424.75 p<0.0001) R2=0.83.

For women older than 30, the association was even stronger (Wald Chi square 1244.39 p<0.0001) R2=0.87. More simply, the body weight reduction is induced by fat mass reduction. Women appeared to respond better than men, which may be explained by the physiologic fat mass distribution difference between men and women.

More importantly, the reduction in LDL cholesterol and triglyceride blood levels, although mostly insignificant, were significant for cholesterol, indicating that the consumption of SUNCA may contribute to the reduced risk of associated cardiovascular diseases.

The in vivo, in vitro and clinical study results provide new evidence for the use of sunflower extract (CGA content >40%) at 250 mg, twice a day, as a natural alternative to weight management and antiobesity drugs. Body weight, BMI and waist circumference reductions are explained by the loss of fat mass. The blood lipid profile improvements may constitute a current approach to the reduc-tion of overweight/obesity associated disease risk factors.