The next big expression chassis: microalgae and the future of biomanufacturing (part II)

A cellular expression chassis is a living cell system that uses both natural and recombinant genes to produce valuable molecules. As biomanufacturing continues to advance, there is increasing demand for a wider selection of chassis to fit the needs of many novel and complex cell products 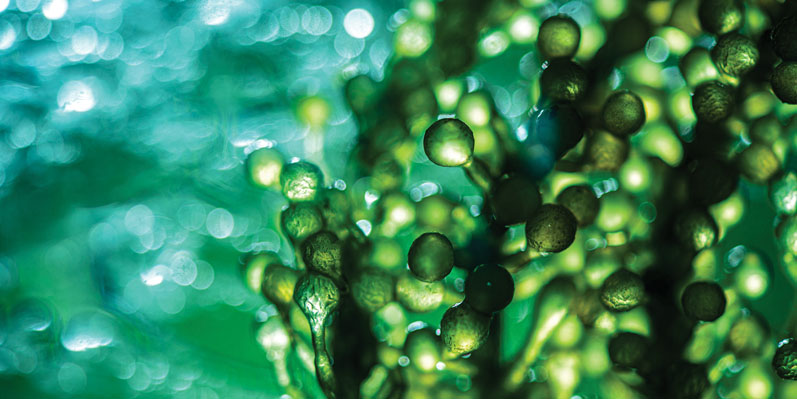 In Part I, Nusqe Spanton, founder and CEO of Provectus Algae, reviewed the use of microalgae in human society and biomanufacturing.

The second part of the article will highlight their important cellular characteristics and defining features. Separate from species diversity and photosynthesis, microalgae also share key characteristics with other cell types that have historically been used in biomanufacturing. Most importantly, microalgae grow rapidly and can be readily engineered using genetic methods.19

Both of these characteristics are cornerstones of biomanufacturing and, as such, as common to all cellular expression chassis. In addition, like mammalian expression chassis, microalgae maintain chaperones and highly accurate protein folding machinery.20 This means that microalgae can correctly fold and produce complex proteins in situations when a bacterial or yeast cell may be unable. Microalgae also offer some additional unique advantages.

Low production costs: Owing to their photosynthetic nature, microalgae generally require low nutrient inputs and enjoy reduced growth costs.19,20 Instead of purchasing a wide variety of ingredients and using nutrient-rich media, biomanufacturers can largely rely on microalgae to make the basic materials they need. This can also save organisations money on shipping costs and reduce delays caused by raw material shortages.

Safety: Microalgae can also help to reduce process risks and increase product safety. By being so distinct from human cells, microalgae are not known to harbour human pathogens. This reduces the likelihood of product contamination risks with harmful disease-causing agents, such as viruses and prions.21

Similarly, biomanufacturers can use microalgae to produce biologics and key ingredients in animal origin free (AOF) conditions, which offers tremendous safety advantages –– particularly in biopharmaceuticals.22 Additionally, many microalgae species are “generally regarded as safe” (GRAS) for consumption by US FDA standards.23

Chloroplast expression and glycoengineering: Microalgae chloroplasts offer yet another advantage: biomanufacturers can choose to express their target product from either nuclear or chloroplast genomes with little effect on productivity. For example, recombinant proteins expressed in C. reinhardtii chloroplast can reach up to 20% of the total soluble protein found in microalgae isolates.24

Chloroplast expression comes with a few key differences. First, recombinant biomolecules expressed in the chloroplast are sequestered there, as the plastid lacks access to the secretion pathway via the endoplasmic reticulum/and Golgi apparatus.17 This sequestration can be useful for the expression of products that are toxic to the cells and to simplify purification strategies.

The second major difference is that chloroplasts lack glycosylation machinery, meaning that products expressed there will not have any glycans appended to them.25 As a result, biomanufacturers can choose to eliminate glycosylation, particularly when glycosylated products are not preferred or when glycans need to be trimmed down post-production to ensure product standardisation and/or avoid adverse immune responses.

Bringing microalgae chassis to the masses

Although biomanufacturing efforts are already successfully using microalgae as a chassis, complexities associated with large-scale algae production previously limited more widespread adoption.24 These issues centred around an inability to rapidly characterise and develop microalgae species, along with a lack of well-controlled, highly productive photobioreactor systems.

In recent years, impressive strides in microalgae research and biotechnology have largely eliminated these difficulties, expanding commercial possibilities for this chassis class.12

The acceleration of synthetic biology research has made the characterisation and development of microalgae species for industry and material-specific purposes much more effective, fast and successful.19 By combining better recombinant gene expression and genome editing techniques with artificial intelligence (AI) and machine learning, R&D teams can much more easily manage and analyse complex yet critical datasets in a less labour-intensive manner.24,26

Recent microalgae research has clarified just how critical light conditions are to algae growth, gene expression and biomanufacturing on a species-specific basis.

Microalgae species use a variety of photoreceptors and associated signalling pathways to control biologic activities and respond to environmental changes.27 As species evolved in vastly different ecosystems and niches, microalgae photosystems can vary significantly, including photoreceptors characteristics and what they control in vivo.28

Thus, biomanufacturers must be able to precisely manipulate photosynthetic processes to control microalgae growth, development and biomaterial expression to suit their needs –– all while balancing the conditions needed for cellular stability.29

Until recently, this was very difficult at commercial scale, largely because of the limitations of existing photobioreactors. Earlier photobioreactors struggled to consistently provide light and flow conditions for high cellular growth and productivity, limiting their potential scale.

Although large raceway ponds can be used to increase scale, these systems do not adhere to the current good manufacturing practices (cGMPs) needed by industries such as pharma and food/beverage. They are also dependent on uncontrollable local conditions, such as weather, light and CO2.

Although existing expression chassis classes have generated many vital materials, maintaining the impressive growth of biomanufacturing will require further chassis diversification that’s matched to maximise the production of a variety of new target materials.

Microalgae can help to fill many niches superbly, providing distinct advantages that suit their application in countless bioprocesses. The untapped diversity, sustainability and cellular characteristics of microalgae prime them to join the ranks of the most commonly used cellular systems.

With end-to-end microalgae bioprocess solutions, such as those developed by Provectus Algae, biomanufacturers can find an ideal microalgae species, intelligently modify their genomes and grow them at necessary scales to sustainably maximise productivity.

31. A. Kusmayadi, et al., “Application of Computational Fluid Dynamics (CFD) on the Raceway Design for the Cultivation of Microalgae: A Review,” Journal of Industrial Microbiology & Biotechnology 47, 373–382 (2020).

The next big expression chassis: microalgae and the future of biomanufacturing (part I)