With the cannabis industry blooming, product differentiation is key to success 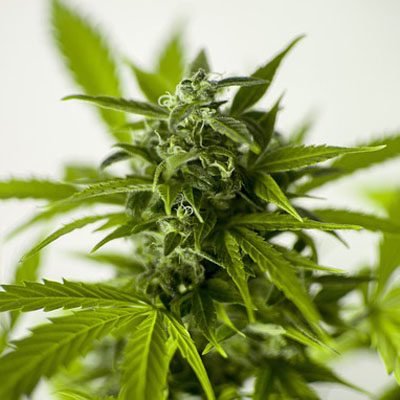 In 2014, the sale of recreational cannabis was only legal in two American states: Colorado and Washington.

Fast forward just 4 years and that number of states has more than quadrupled to nine — as well as the District of Columbia and Canada as a whole — opening up enormous opportunities not seen since the computer revolution.

According to ArcView Market Research, sales of recreational cannabis and medical use (now legal in 30 states) are expected to reach $22.6 billion in 2021.

It was only $6.7 billion in 2016, so that’s an annual growth rate of 27%. This outstanding progress can primarily be attributed to the California and Canada markets making cannabis accessible to their large populations.

As cannabis reaches the mainstream market, we are witnessing innovation across all aspects of the industry, from cultivation to retail, particularly in product applications.

Brands are pouring their resources into new product development. We are seeing vapes, topicals and even toothpicks … but it’s the edible segment that is taking the industry by storm.

Most consumers do not smoke and are looking to receive their tetrahydrocannabinol (THC) in a “non-traditional” method. What’s more, they want it in a convenient and enjoyable format.

With this consumer demand and the fact that edibles can fetch premium prices — 25–60% of a dispensary’s profits are typically attributed to edibles — makes them attractive to both manufacturers and retailers.1

According to Headset Inc., sales of edibles were $7.2 billion in 2016 and are expected to grow by 25% each year. Given this, both new and existing players in the cannabis industry are looking to enter into this segment, already establishing it as a highly competitive market and making differentiation necessary.

Differentiation can be found by looking at the food and beverage market; it only makes sense that what individuals prefer for their meals would transfer to what they prefer for their THC consumption.

And as consumers become increasingly concerned about their overall health and wellness — and the role that food and beverage play in it — they want edibles that match their diet and lifestyle … whether that is gluten-free, organic, paleo, plant-based and so on.

For instance, a consumer on a gluten-free diet would have to choose a product from outside the baked goods section, unless there was a brownie made of quinoa flour instead of wheat flour available.

Or how about the 77% of Americans that are trying to limit/avoid sugars in their diet?2 They are much more inclined to purchase a reduced-sugar chocolate bar sweetened with lucuma instead of sugar.

Reducing or removing unwanted ingredients is not the only way to differentiate an edible; adding extra functionality and nutrition also enhances consumer appeal.

For example, incorporating turmeric, a well-known anti-inflammatory, makes your product jump out to those familiar with it. Or, for those seeking more protein in their diet, a high protein cookie with THC kills two birds with one stone.