There is no question that staying active is essential, especially during these unusual times. Exercise promotes good health by helping to increase blood flow throughout the body and reduce body fat and inflammation, which can help ward off infections and prevent chronic conditions 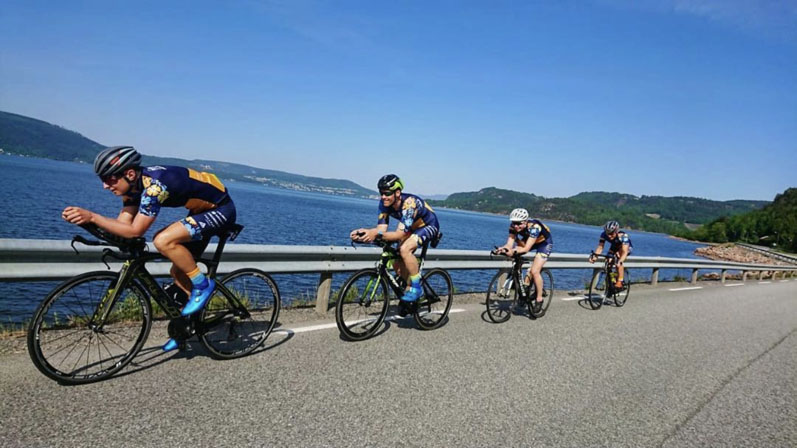 Although exercising is a must, fuelling your body with the right nutrients is equally important. The food we eat and the supplements we take can help our bodies to perform at their best. Whether you are a top athlete or someone who is trying to maintain a healthy and balanced lifestyle, you need the right nutrients to perform.

Did you know that krill oil can benefit both extreme athletes as well as anyone looking to stay active? Andreas Berg Storsve, PhD, Director of R&D at Aker BioMarine tells Dr Kevin Robinson why. According to Andreas, Aker BioMarine recently conducted two studies that highlights showing the link between krill oil and choline … and what this means for sports nutrition.

KSR: Choline is essential for our health; can you tell us why?

ABS: Starting with choline is a great place to help tie all these studies together. As you stated, choline is essential for our health. It is a vital nutrient for many body functions such as nerve signalling, lipid metabolism as well as cardiovascular, liver and cognitive health. It’s also a precursor to the neurotransmitter acetylcholine and has therefore been implicated in athletic performance owing to its role in maintaining optimal muscle function.

Unfortunately, nearly 90% of the population lacks the recommended amount of choline in their diets. Although the body produces a small amount of choline on its own, we need to obtain the rest from what we eat.

Choline is naturally found in many different foods, such as egg yolk, chicken liver, salmon, soybeans and more, but additional choline supplements might be needed to fully meet the body’s requirements.

This is particularly the case when people may omit certain foods groups from their diet, such as dairy and meats, or when our bodies are placed under additional pressure, during high intensity exercise for instance.

KSR: A recent study demonstrated that krill oil is a good source of choline. Can you explain more?

ABS: In krill oil, choline is found in the form of phosphatidylcholine (PC), which helps to raise blood choline levels efficiently. Aker BioMarine recently led a clinical trial that shows that krill oil is a good source of choline for humans.

The results showed that both the choline bitartrate supplement and Superba Boost were highly effective in terms of increasing plasma levels of choline … and that the fish oil group did not show any changes in choline concentrations throughout the study period.

Although the amount of choline found in the subjects’ blood plasma during a 24-hour period was not statistically different between those taking Superba Boost and those taking the traditional choline bitartrate supplement, a significant difference was found for one of the metabolites of choline: TMAO (trimethylamine N-oxide).

Those taking Superba Boost had a much lower plasma concentration of TMAO. To that end, krill oil is a safe, effective and well tolerated way to boost your necessary intake levels of choline, an essential nutrient.

KSR: Based on this, we know that krill oil is a good source of choline, but how is krill oil connected to sports nutrition?

ABS: The connection between krill oil and sports nutrition is the fact that a high proportion of the omega-3 fatty acids in krill oil are bound to choline-containing phospholipids (phosphatidylcholine). In addition to the omega-3 fatty acids EPA and DHA, choline is therefore a key nutrient that’s naturally found in krill oil. Krill oil is effective in reducing choline depletion, which is important for athletes. 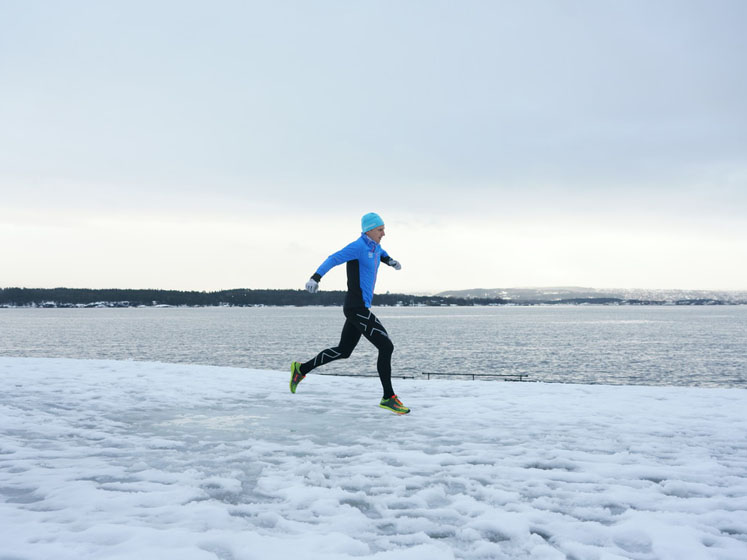 KSR: Aker BioMarine also conducted a study on choline and sports nutrition; can you comment of the findings of that research?

ABS: Aker BioMarine, in partnership with Oslo University Hospital, launched a study to determine the effects of choline supplementation using krill oil (a rich source of phosphatidylcholine, as previously mentioned) on serum levels of choline and its metabolites in triathletes competing at varying distances.

The study included elite athletes who participated in the recent Norseman Xtreme triathlon (widely regarded as one of the world’s toughest and most coveted races) and the Oslo triathlon, an Olympic distance triathlon attended by everyone from professionals to amateurs. The result: krill oil targets choline depletion during physical activity and could be recommended as part of an overall nutritional strategy for optimal training and race day preparation.

KSR: Can you tell us more about the study parameters?

ABS: Forty-seven triathletes, ranging in age from 25 to 61 years, were recruited from participants in the Ironman-distance Norseman Xtreme triathlon and the Sprint/Olympic-distance Oslo Triathlon.

Blood samples were obtained before the race, immediately after completing the event and the day after the race for analysis of choline and its metabolites.

The results showed that the reduction in choline is dependent on race distance and that consumption of krill oil prior to endurance competitions increases overall levels of serum choline. More specifically, serum choline was reduced by 15–34% on average from pre-race to race finish in all races, but significantly higher concentrations of choline (9.4% on average) were observed in the krill oil group compared with the placebo group.

Furthermore, the krill oil group showed a significantly greater increase in serum choline from race completion to the day after the race.

KSR: The Norseman Xtreme triathlon seems like an intense backdrop for this study; can you tell me more about the race and how it works?

ABS: The Norseman Xtreme Triathlon is considered to be one of the toughest triathlons in the world. The athletes race through some of the most beautiful landscapes in Norway and those who finish at the rocky peak of Gaustatoppen (1850m above sea level) can say that they travelled one of the toughest ironman distance triathlons on planet Earth.

And, in addition to the gruelling physical aspect of the race, the weather can range from beautiful and sunny to windy blizzard-like conditions, sometimes all in one day. Unmatched by other extreme events owing to its difficult and punishing severity, the annual “fjord to peak” provides the ideal test with which to gauge just how important a role krill oil can play in ultimate performance.

KSR: And what does this study mean for the future of the sports nutrition market?

ABS: There has been a worldwide increase in the number of people participating in endurance events during the past decade, which is one of the reasons why Aker BioMarine is exploring krill oil and its effect on the sports nutrition market.

There is no question that krill oil can be a promising ingredient for sports nutrition brands. There is a lot of untapped opportunity to bring new and innovative concepts and benefits to consumers who are interested in active lifestyles.

Classic ingredients such as protein and electrolytes have been popular sports nutrition ingredients, but we are excited to see krill oil coming into that arena. As seen in the recent sports nutrition study, supplementation with krill oil increases overall levels of circulating choline in endurance athletes participating in a wide range of competition formats with varying levels of difficulty.