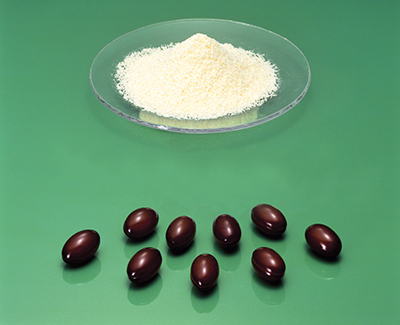 A recent study1 examining the use of Kaneka Ubiquinol in mitochondrial and neurodegenerative diseases unveils multiple benefits in comparison to its oxidised form, coenzyme Q10 (ubiquinone).

The study showed that failure in coenzyme Q10 treatment may be the result of poor absorption and bioavailability, both of which can be improved by using Ubiquinol.

These results suggest that treatment with Ubiquinol can improve the efficacy of therapy in primary and secondary CoQ10 deficiencies.

Furthermore, a second study2 has demonstrated that compared to CoQ10, Ubiquinol has superior micellarisation during digestion in the small intestine and is therefore better absorbed.

Ubiquinol is the active form of CoQ10 and represents between 93 – 99 per cent of the total CoQ10 pool in human plasma. It is well known for its key role in mitochondrial bioenergetics and for its antioxidant activity.

The vitamin-like substance is responsible for generating more than 95 per cent of the body’s energy and several diseases are associated with reduced levels.

The body’s ability to produce Ubiquinol declines with age, as does its ability to convert CoQ10 into Ubiquinol.

It is challenging to manufacture bio-identical Ubiquinol on an industrial scale because it is easily oxidized. However, after more than ten years of research and process development, Kaneka succeeded in devising a patented yeast fermentation technique, and it is now the only supplier of the world’s first stable Ubiquinol with the highest possible purity.