Be focused and stay smart with a natural cognitive health booster

Anyone interested in keeping their body in tip-top condition for maximum performance appreciates the need for proper nutrition. Not only does physical power depend on the availability of nutrients, it’s also a fundamental requirement for cognitive function. Dr Torsten Grothe, Head of Food and Health at Mibelle AG reports 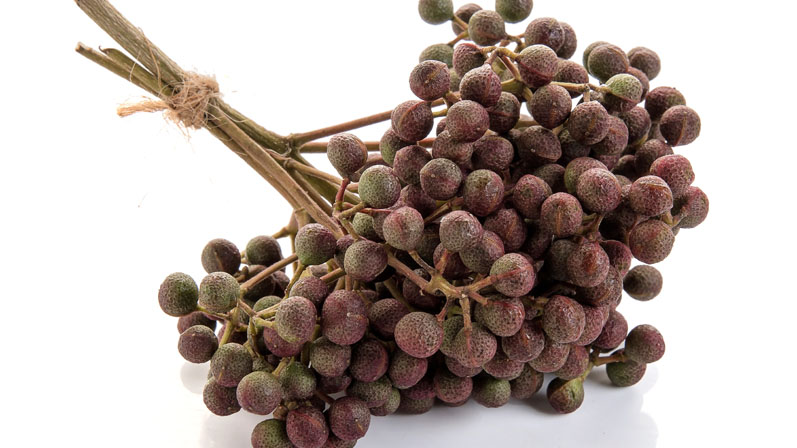 In recent years, emerging research has contributed to our understanding of the nutrients that can help to preserve a healthy brain — a critical ageing concern. Omega-3 fatty acids, B vitamins, minerals, caffeine and polyphenolic plant extracts are prominent examples of brain health ingredients that have engaged the interest of ageing consumers and millennials.

This is particularly true for the younger members of society who are struggling with work and educational demands. Business executives, academics, working mothers and students are all attracted to nutritional solutions that help them to stay sharp and focused for their everyday needs.

Science and transparency are key to success in the nootropic market

However, to be successful in this increasingly popular space, the product must be safe, effective and transparently produced. It’s not easy to find products that comply with all of these criteria. Drugs often have associated side-effects and natural ingredients sometimes lack scientific evidence.

Timut pepper (Zanthoxylum armatum DC) is a member of the citrus family (Rutaceae) and is native to the southern parts of the Himalayas, especially Nepal, where it is one of the area’s most important spices. Also known as Nepalese pepper, it has a characteristic grapefruit-like taste and a tongue-tingling sensation that’s similar to the closely related Sichuan pepper. 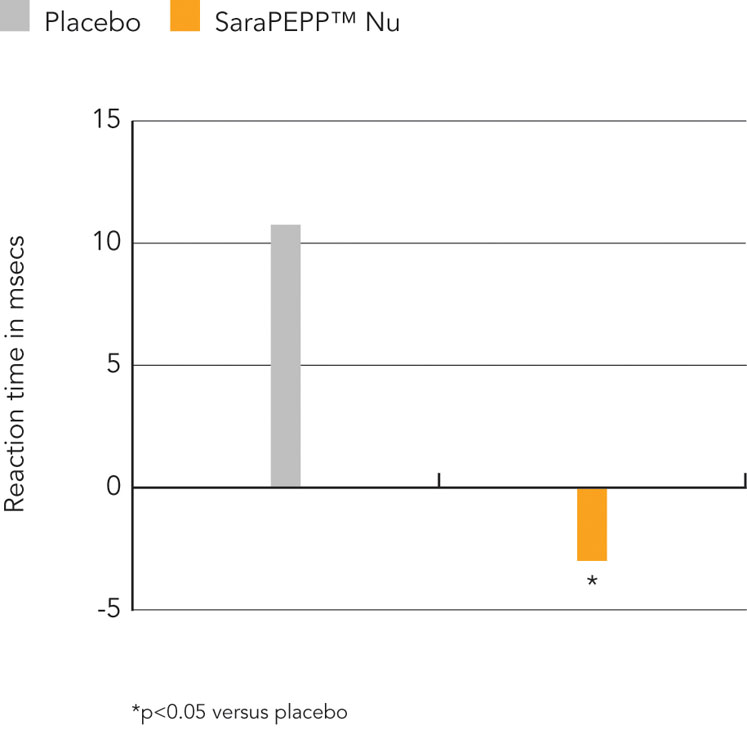 Figure 1: Reaction times after acute intake of SaraPEPP Nu or a placebo (p<0.05 was set as a level of statistical significance)

SaraPEPP Nu is produced from the dried fruits of Timut pepper. By using a gentle extraction process with natural MCT oil as the extraction solvent, a high concentration of the lead substance, the alkylamide hydroxy-α-sanshool, can be ensured. Additionally, MCT oil contributes to the overall bioavailability of SaraPEPP Nu because it passively diffuses from the gastrointestinal tract into the bloodstream.

Hydroxy-α-sanshool and MCT oil are not only a perfect match in terms of bioavailability, they also contribute to the product’s efficacy; both ingredients have shown promising brain health benefits in vitro and in vivo. It is suggested that both hydroxy-α-sanshool and Timut pepper extracts improve brain activity through a variety of mechanisms, such as interacting with the receptors and potassium channels involved in the regulation of neurotransmitter release.2,3

MCT is metabolised to ketone bodies that serve as an alternative source of energy for neurons, which may eventually improve cognitive and memory function.4 However, the brain health benefits of pure MCT oil have only been reported at relatively high dosages of more than 20 g. In contrast, the cognitive benefits of SaraPEPP Nu can be achieved at much lower, application-friendly dosages, as confirmed by a clinical study.

The acute and chronic effects of SaraPEPP Nu on cognitive performance were evaluated in a randomised, double-blind and placebo-controlled study including 81 healthy humans of both genders with an average age of 42.4 years. Participants were asked to take a total quantity of 2800 mg of SaraPEPP Nu or corresponding placebo capsules on a twice-daily basis for a period of 57 days. 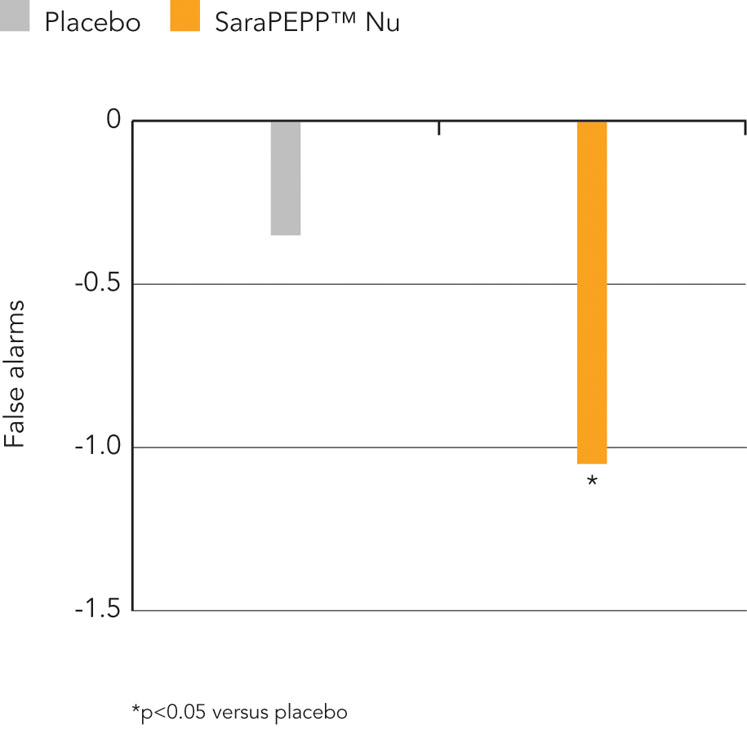 Figure 2: False alarms after the acute intake of SaraPEPP Nu or a placebo. Participants responded to three odd or three even digits flashing up rapidly on a screen by pressing a response button (p<0.05 was set as a level of statistical significance)

The significantly faster reaction times seen throughout the cognitive tasks were maintained following the chronic intake of SaraPEPP Nu for 57 days (p<0.05 versus the placebo), indicating that the innovative Timut pepper extract improves both short-term and long-term mental performance.

This was further confirmed by the fact that participants of the active group reported a significant reduction of mental fatigue compared with those receiving the placebo (p<0.01, Figure 3). SaraPEPP Nu was well tolerated without any signs of potential side-effects.

The fact that SaraPEPP Nu treatment not only increased mental performance immediately after use, but also after chronic intake, allows product developers to create innovative products. Potential applications range from a booster for immediate cognitive support during stressful situations (such as meetings or exams) to a complementary supplement for today’s hectic lifestyles.

Thanks to its grapefruit-like odour and taste, and non-pungent properties, SaraPEPP Nu is applicable for softgel applications, functional beverages, RTDs, smoothies, dairy products and other applications already containing MCT oil as an ingredient. 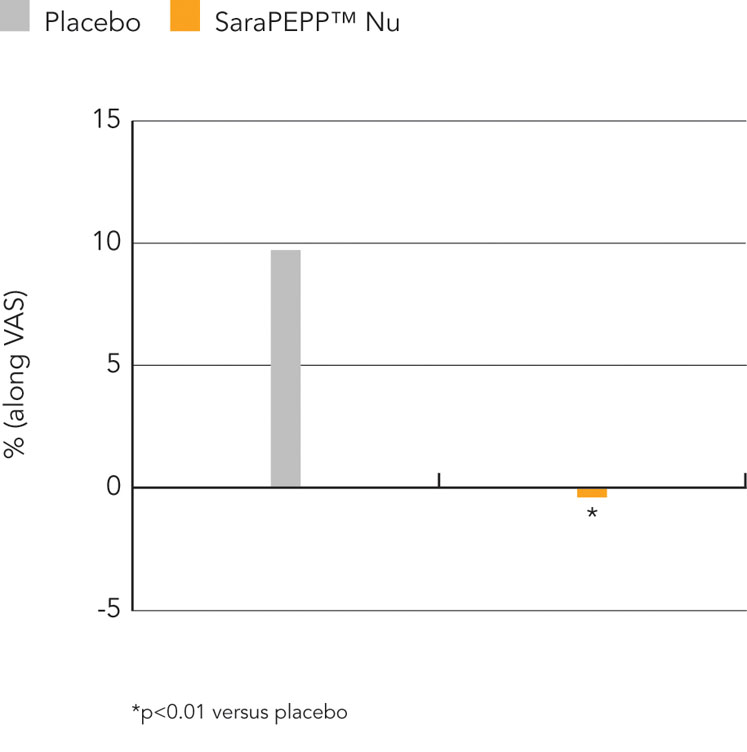 Figure 3: Mental fatigue rating after the chronic intake of SaraPEPP Nu or a placebo. Fatigue was assessed using the Visual Analogue Scale (p<0.05 was set as a level of statistical significance)

It’s easy to blend SaraPEPP Nu at the recommended dose of 1400 mg/d (chronic use) to 2800 mg/d (acute use) with other lipid-soluble ingredients such as omega-3 fatty acids or vitamin A and E. Moreover, finished products containing SaraPEPP Nu may be combined with other ingredients that already have EFSA-approved health claims for brain health, such as biotin, copper, magnesium, vitamin C, vitamin B12 and others, especially for the booming category of nootropic beverages.

In addition, it’s also an interesting candidate for the healthy ageing category, because it may counteract some of the processes typically involved in brain ageing, such as reduced neurotransmitter release or decreased cardiovascular function in the brain. Interestingly, the results of a bioassay study in Caenorhabditis elegans, a nematode frequently used to investigate ageing processes and neural development of the nervous system, also pointed in this direction. SaraPEPP Nu was able to significantly extend the mean lifespan of the nematodes.

Functional products for brain health no longer only target the Best Agers. To be successful, marketers have to respond to the needs of different consumer groups, such as those seeking a professional advantage, personal improvement, academic success and even athletic performance.

Partnering with suppliers that offer natural, scientifically proven and application-friendly ingredients, such as Mibelle Biochemistry, can make a difference in this booming market of antiageing brain products and nootropics that help to boost the mental focus, motivation and stress resistance of healthy people in a highly competitive environment.